St John's Wood is one of London's most underappreciated boroughs. These quiet and leafy suburbs feel very different from the hustle and bustle of central London.

In the 21st century, St John’s Wood is one of London’s trendiest areas. While it is quieter than most of the surrounding boroughs, it still has a lot to offer. There’s plenty to see and do here.

Of course, St John’s Wood has much more to offer than just cricket in the 21st Century. It is a fantastic place to live for numerous reasons. It has proven incredibly popular with wealthy American buyers, many of whom reside near The American School situated in Waverly Place. There is also a relatively high concentration of wealthy property buyers from Europe and Asia.

For most of its history, St Johns Wood has been a relatively religious place. To this day, there are several beautiful ornate religious buildings within the borough. But it has also developed a reputation as a trendy and Bohemian artists’ enclave. Several high-profile artists have lived in the borough over the centuries. Perhaps most notably, Edwin Landseer, the artist who gave the world ‘The Monarch of the Glen’, lived in St John’s Wood for a time.

Other notable historic residents of St John’s Wood include a young Winston Churchill, Henry James, Tchaikovsky, and one former Prince of Wales. One of the best-known local landmarks is a house once owned by the artist Sir Lawrence Alma-Tadema. This beautiful three-storey structure, featuring stained-glass windows and an aluminium covered dome on the roof, is situated on the way to what must rank as St John’s Wood’s most important local landmark: the zebra crossing outside the Abbey Road Studios. This crossing was made iconic by the 1969 Beatles album, Abbey Road.

St John’s Wood is home to a range of properties at a variety of price points.

In fact, Finchley Road effectively divides the borough into two halves. East of Finchley Road, heading towards Swiss Cottage, you will find large detached homes that sell for millions of pounds. Property values here can go as high as £25 million, with more modest properties available at the £3 million mark.

There have been several new developments in this area over the previous five years. For example, houses along Avenue Road have been demolished to make way for more modern mansions. Many of these are still under construction. When construction is finished, the mansions should fetch between £10 and £75 million each.

To the west of Finchley Road, heading towards Maida Vale, things are very different, albeit no less beautiful. Properties in this part of St John’s Wood consist mostly of Victorian white stucco houses, terraces, and brick villas. The busiest thoroughfares in the borough are flanked by apartment blocks, some of which are situated in converted Victorian mansions. The mishmash of dwellings built at various points throughout the borough’s history gives it an eclectic character.

Properties in this part of the borough are much more affordable. House prices in this part of St John’s Wood range from around £595,000 for a one-bedroom house, up to £25 million for a six-bedroom detached house that includes a basement swimming pool and other luxury amenities. High-end detached properties are available throughout the borough. But most people who live here live in more modest flats. In total, there are roughly four times as many flats as houses in St John’s Wood. Prices for a flat begin in the £325,000 range but can rise as high as £16 million.

St John’s Wood is located just next to London’s famed West End. You can easily walk or cycle into the heart of London’s entertainment district. The St John’s Wood underground station puts you just two stops away from Bond Street and enables access to the rest of central London via the Jubilee line.

In addition to the tube station, St John’s Wood has some excellent bus links. Several commuter buses serve the area. The number 13 will take you to Victoria via Baker Street and Finchley Road. Meanwhile, the number 113 goes via Baker Street on its way to Oxford Circus.

Properties in the St John’s Wood area offer residents excellent access to some of London’s best green spaces. The Regent’s Park is situated to the east of St John’s Wood. You also have smaller parks, such as Paddington recreation ground and Paddington old cemetery within easy reach.

For anyone who enjoys long walks, there are some breathtakingly beautiful routes you can take from St John’s Wood, heading North to Hampstead Heath. Anyone who values access to the outdoors will certainly appreciate St John’s Wood’s location.

For residents of St John’s Wood, the most popular local haunts are found on Abbey Road and the surrounding side streets. There is a variety of shops and restaurants in this area.

Like the rest of London, St John’s Wood is not quite the hotbed of religious fervour that it was a few centuries ago. However, religion remains an important facet of many residents’ lives.

Panzers features a salad bar and cafe. It is one of the best delis in all of London, with smoked salmon, sushi, and bagels for you to enjoy. Meanwhile, Harry Morgan is renowned throughout the borough for its award-winning salt beef sandwiches.

After grabbing a bite to eat, you can head to one of St John’s Wood’s several upmarket fashion boutiques to find something appropriate for your new waistline. These outlets include Zadig & Voltaire, ME+EM, Tara Jarmon, and Liu Jo.

Other Things To Do

Given how important cricket is to the history of St John’s Wood, you won’t be surprised to learn that there is a cricket museum. The Marylebone cricket club museum is situated within Lord’s cricket ground. It also holds the distinction of being the world’s oldest sporting museum. The Ashes Urn is also displayed there.

The contributions made to St John’s Wood over the years by the Jewish diaspora and other immigrant groups are celebrated within the walls of the Ben Uri Gallery on Boundary Road.

St John’s Wood has a couple of cinemas. The Everyman in Maida Vale is one of the capitals’ most popular independent cinemas. Meanwhile, the Odeon in Swiss Cottage is great for blockbusters and mainstream cinema. If you prefer your entertainment live, Hampstead theatre is also located in the Swiss Cottage area.

St John’s Wood has a lot going for it, so it isn’t hard to understand why so many people have chosen to make this borough their home. Once one of London’s more exclusive areas.

St John’s Wood today is a metropolitan and Bohemian borough, which caters just as well to young professionals as it does to wealthy financiers. You don’t need to be a millionaire to live here, but you can expect to rub shoulders with plenty of them.

Why not browse our collection of properties in St John's Wood? 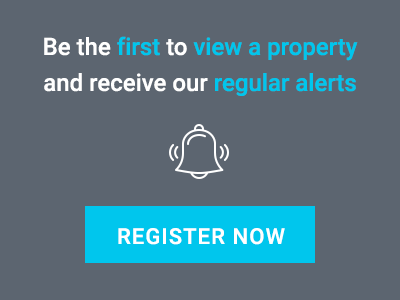 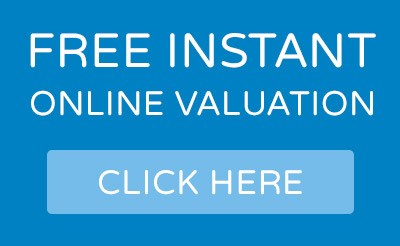