Best places to buy in London.

London has always been one of the best places to buy property in the UK. The right property investment in London could land you an enormous payday. Alternatively, if you are looking for a new home for you and your family, London’s 32 boroughs have much to offer. From bustling city centre locations to suburban villages on the city outskirts, there is property in London to suit every need.

Where Are The Best Places To Buy Property in London As An Investment?

London is home to many of the most desirable parts of the UK. For decades, centuries in some cases, the areas of England that now comprise London’s 32 boroughs have attracted rich and poor alike. London today is home to some very deprived areas and some astoundingly affluent districts. However, most of the city falls within these to extremes. Many London districts weave together affluent areas with more middle-class neighbourhoods. If you have the resources to afford a property in one of London’s more prosperous regions, it can be a very fruitful investment.

Why Invest In London Property?

There are lots of reasons why London is a prime investment location. The British government has sat in the City of Westminster for centuries. Unlike some other European states where governments are decentralised to some degree, the UK government is highly centralised. As well as being the seat of government, London is also home to just about every other state institution. There is considerable political and industrial power in London, not to mention its economic importance to the UK as a whole.

Another reason to invest in London is that the range of opportunities within the capital is staggering. Whether you are looking for a home to home to renovate and sell or you want to invest in a commercial property, London has an endless carousel of options for you to choose from. The London skyline is constantly evolving. The building never stops, and there is a constant stream of investment in the city and its infrastructure. This ever-evolving landscape presents unique opportunities for savvy property investors. If you choose the right area to invest in, the value of a property can skyrocket due to investment in the local area.

Hackney is one of London’s success stories. Along with Kings Cross, it is a prime example of an area that has had a negative reputation but has managed to turn things around. Hackney today is one of the trendiest parts of London and has become a hotbed of talent for the UK tech industry. Many of the UK’s fastest-growing tech businesses have their headquarters in Hackney. For investors in the sector, Hackney is one of the best places to invest right now.

It isn’t just the tech sector that is doing well in hackney. The whole borough has seen its GDP creep up in recent years and, Covid notwithstanding, the CBRE investment group expects Hackney’s GDP to grow by 18% over the next three years.

The value of property in Hackney is down on previous years. However, CBRE expects it to bounce back again soon. It is also worth noting that the 4.9% year on year decrease still represents a 568% increase since the late 90s.

Not only is Whitechapel located in a fantastic location, just east of the City of London, but it is also one of the most affordable parts of London due to get a Crossrail station. Crossrail has become infamous for running over budget and falling way behind schedule. If it does ever appear, Whitechapel is one of the areas that will benefit the most. Crossrail might not be here for a while, but when it does arrive, the value of property in Whitechapel will increase accordingly. The impending arrival of Crossrail is something that every investor should consider when deciding where to focus their funds.

In anticipation of the Crossrail station, Tower Hamlets council has plans to build more than three thousand new homes in Whitechapel. Given the area’s extensive history and its central location, it is likely that those homes will fill up pretty quickly. Investors should pay attention to where new houses are due to be built and factor this in when deciding where to invest.

Battersea is one of the most upmarket areas of London. The area has become popular with middle-class families looking to start a family. It is one of the safer parts of London to live in, has its own zoo, and a famous boating lake and pagoda. Battersea Power Station is one of the largest brick buildings in the world. The now-decommissioned coal power plant continues to dominate the skyline.

The area around Battersea Power Station is due to receive significant investment. There are plans to build thousands of luxury homes in the area. The average price of a property in Battersea is currently just under £875,000. This figure represents a slight decrease (4%) from the previous year. However, once the new developments have been built, the value is likely to increase again.

What Are The Best London Boroughs to Buy Property in?

It is a much-overused cliché, but London has changed a lot in recent years. However, this change is nothing new. London has always been a city in a constant state of flux. Some areas of London have gained a reputation for being rundown beyond all hope have ended up among the trendiest parts of the city after a few decades.

The average house price in Barking and Dagenham is £300,517, which makes it the cheapest borough to buy property in. Dagenham itself is nestled among London’s eastern suburbs. It is in the perfect location for anyone who wants to have easy access to London without having to deal with the downsides of living in the heart of a major city.

Transport links from the borough to the rest of London are already excellent. However, they are set to improve even further with both an Overground station and a Crossrail station due to open in the borough. Once this new infrastructure is in place, property in the area will likely increase in value.

Havering is another east London borough. Havering is home to several suburban towns, similar to Dagenham. Havering has a significant percentage of green space, especially compared to the rest of London. Only 39% of the land in the borough has been built on currently. There are lots of parks and recreation grounds, as well as some farmland.

Transport links from Havering to central London are comprehensive. There are several tube stations in the borough, all of which are on the District line. An Overground line also connects Havering to the city centre.

If you are looking for a property that is likely to retain its value, Bloomsbury is a reliable borough to invest in. When Crossrail arrives in the district, its already excellent transport links will improve further, and property values are likely to increase.

Where Are The Best Areas In London To Buy Property To Live?

For people who are unconcerned with the value of their property and just want to find their ideal home, London has a lot to offer. Here are the best places to buy a new home in London in 2020.

Blackheath’s biggest claim to fame is being the start point for the London marathon. However, the village has a lot more going for it than that. Locally, the area is popular thanks to the full range of independent shops, cafes, pubs, and restaurants. There is also a local farmer’s market that draws people from all over London. Transport links to the city centre are also excellent.

Bermondsey is a vibrant area just east of London Bridge. Another area with a high concentration of independent retailers, visitors come to shop and marvel at the beautiful architecture Bermondsey has to offer. It is a popular shopping destination for people who don’t want to deal with the crowds in central London.

The best place to buy property in London will depend entirely on your individual circumstances and objectives. Naturally, there is a lot of overlap between the areas that are best to invest in and those that are best to live in. However, make sure that you are clear about what it is that you are looking for before you begin your search.

How Has Covid-19 Impacted the London Property Market? 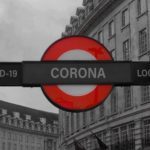 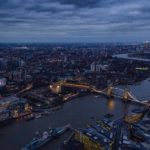 The Best Areas in London for Property Investors
How can we help?
Book a Valuation
Send this to a friend