Are you finding it difficult sourcing those season tickets to your favourite game? Not everyone has the surplus finance to splurge on expensive seats. Or you might be on a shoestring budget so coming up with excess funds to include sports packages in your current TV services may be a bit of a challenge too.

But don’t lose hope because there are many ways you can still catch that much-awaited game without breaking the bank or being caught in a stampede. We have compiled a list of the best places to watch football in London with your mates. Remember to book your tables in advance as these venues are so popular that they’re usually packed with football fans.

Voted sports pub of the year in the UK for three consecutive years in a row – 2016 to 2018 – Famous Three Kings is one of the most popular destinations for sports fans in London. Situated in West London, the space has 15 plasma screens and three projectors, broadcasting sports from over 71,000 TV channels. And there’s also a range of specially-made cocktails and ales that will kick your football party into high gear.

Ideally located just 2 minutes from Finsbury Park station and easily accessible from bus routes and the underground, The World’s End is a vibrant sports and music venue nestled in the heart of Finsbury Park. In addition to their massive HD projector screens and multiple TV screens where you can catch your favourite rugby and football matches every Friday to Sunday, the venue is also home to a World Class Live Music & DJs event that has seen some famous artists grace its stage.

One of the most fun places to watch football in east London is Bar Kick. From football tables, 80-inch TVs, football memorabilia and beers, this bar will turn your footy celebrations up a notch. And to top it all, they also have a happy hour between 4 pm and 7 pm, everyday!

Part of the Belushi’s group of bars sprinkled across London, The Dugout is unquestionably one of the best venues for sports fans. While multiple screens dot the pub, some tables feature their own screens for you to watch the game up close. And if that isn’t enough, for those spectacular big games they even bring out their massive projector. If you want to catch a late screening on Friday and Saturday, this pub is open until 4 am.

Boasting one of Central London’s largest venues, Riley’s is by far one of the first places football fans head to if they are unable to source those coveted stadium tickets. Also famous for being one of the earliest sports pubs in the city, this bar features staggering 37 HD screens and four gigantic HD projectors. And while they a have happy hour from 5-7pm, in case you miss out, their drinks aren’t exorbitantly priced either. Friendly staff and a delicious array of delectables to tickle the taste buds. If you haven’t visited this Americana-inspired sports bar yet, you should put it on your to-do list.

With three enormous screens and six massive plasma screens sprinkled throughout this venue, the No.1 Bar is indeed a fun place to hang out and catch a game of football with friends. You can hire a football or ping-pong table, or play a game or two of pool in between matches. And you can let your hair down at their clubs nights from Wednesday to Sunday, until 6am!

Part of the Empire Casino, Carlsberg Sports Bar is another popular destination for football fans to congregate and satisfy their footy cravings. With massive plasma screens and extra seating, this sports venue is open around the clock. The bar offers a delectable plethora of drinks and food, with the latter to indulge those early morning hunger pangs. 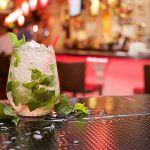 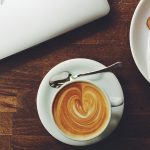 Best Independent Coffee Shops in Soho
How can we help?
Book a Valuation
Send this to a friend