Marylebone is an area in London. The area is home to some shopping havens, which makes it a must-visit destination for shopaholics. Marylebone includes several streets that combine yesteryear charm with modern elegance. In this post, our Marylebone estate agent takes a look at some of the best streets to live in Marylebone.

Some famous personalities who have lived in properties located on the street are Ringo Starr, Lady Emily Charlotte Brown (daughter of the Marquess of Siligo), and Richard-Hanbury Gurney. 34 Montagu Square, a basement flat was once leased by the Beatles. In this flat, members of the legendary band, including the immortal Paul McCartney worked on various compositions. Buyers who invest in a property located on the street do not just buy a home, but a piece of history.

Thanks to its secluded location, the street exudes a unique countryside vibe. The street is dotted with cafes and shops that serve yummylicious delicacies from different parts of the world. Once one of the shabbiest and unpopular areas of Central London, Marylebone High Street was given a makeover by Howard De Walden Estates. The property estate still owns the street. Marylebone High Street is home to a number of 19th-century properties that have been upgraded regularly by Howard De Walden Estates.

Very few people know that Dorset Square is located on the site of the iconic Lord’s Old Cricket Ground that was relocated to St. John’s Wood in 1810. Some notable personalities who have lived in buildings located on the street are George Grossmith, Bithia Mary Crocker, and Jane Ridley.

Known for its serene setting, Dorset Square exudes a laid back vibe, yet residents have easy access to essential services. Dorset Square is home to the London branch of Alliance Française. The building has a historical significance and functioned as the international headquarters of Alliance Française during World War-II. During the French Resistance, the site was used for equipping French agents to plan and carry out secret operations in France.

Buildings on this street are adorned by gracious Georgian terraces that lend a unique distinction to the area. The street provides easy access to Edgware Tube Station. Molyneux Street is conveniently located in close proximity to a number of entertainment centres, restaurants, shopping centres, and hotels.

As soon as you set your foot in Balcombe Street, you will be transported to a bygone era. The street is lined with buildings that feature Gregorian terraces, which, though several years old never fail to grab eyeballs, thanks to their elegant design and timeless charm. Homes in the area are more affordable than neighbouring W1 properties, however, that does not mean residents have to compromise on convenience.

The street provides easy access to Regent’s Park and public transport. Balcombe Street is located around two-minutes to the South West of Marylebone Railway Station. The street is located in close proximity (around seven minutes from the wax museum) to the legendary Madame Tussauds. 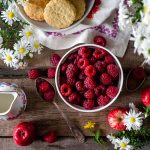 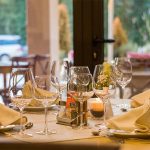 Most Exclusive Restaurants in Marylebone
Send this to a friend