The stunning garden squares and the wide streets of Bloomsbury have long attracted intellectuals and students. Over the centuries, it has been known as the haunt of thinkers and creatives and is home to several authors, politicians, and scientists. Bloomsbury was where Karl Marx came up with the idea for communism, Charles Darwin created the theory of natural selection, and Virginia Woolf wrote several British novels.

Today, Bloomsbury is home to the British Museum, one of the most famous landmarks in London and filled with seven millennia’s worth of human artefacts, art, and many other exhibitions. There are plenty of academic institutions located in Bloomsbury including Birkbeck College, the London School of Hygiene and Tropical Medicine, RADA, the most well-respected drama school in the capital, and the gorgeous University of London Library.

How Far is Bloomsbury From Central London?

Bloomsbury’s central London location makes it easy to get to most major transport hubs. Euston Station is just 852 metres away from Bloomsbury and you can reach the area on foot in just over ten minutes. The nearest stations to Bloomsbury are Russell Square, Tavistock Square, British Library, and Holborn. Various bus lines running in and out of the city centre stop near Bloomsbury, including the 18, 205, 59, and 91 bus services. Overground and Thameslink services can be found near the area. Bloomsbury is served on the underground by the Piccadilly Line.

Bloomsbury is in London fare zone 1. It can easily be accessed from a range of convenient and central Underground stations including:

You can also reach Bloomsbury by Overground train, with three National Rail stations located to the north of Bloomsbury – Euston, King’s Cross, and St Pancras International, which is a short walk from Russell Square and home to the terminal for Eurostar trains to Brussels and Paris.

Along with the rest of Central London, Bloomsbury also benefits from a wide range of cycle initiatives, with Transport for London’s Santander Cycles available to hire for £2 for up to thirty minutes within a 24-hour period. There are local docking stations in Bloomsbury where you can pick up and return bikes, located at Guildford Street, Brunswick, Warren Street Station, Russell Square Station, and Cartwright Gardens.

Finally, the central location of Bloomsbury puts it within easy walking distance of almost anywhere in Central London. Those who live in Bloomsbury are able to easily beat the traffic and crowds while getting to work or university.

Bloomsbury is both a residential and academic area that is located in the middle of central London in the borough of Camden. It is the site of the University of London’s main administrative buildings, including Senate House, and home of the British Medical Association and the British Museum.

Where is Bloomsbury in London?

Bloomsbury is a quiet and green area located in the middle of Central London. The area is made up of museums, cafes, and bookstores, with a rich historical and artistic history. It is one of the greenest areas in London known for its trees and grassy spaces.

Is Bloomsbury a Good Place to Live?

If you are thinking of moving to Bloomsbury, you can certainly expect a lot from this charming London district, known for its literary connections, stunning garden squares, and various educational and cultural institutions. Whether you are thinking of moving to Bloomsbury as a student or academic or are a professional relocating to the city to work, Bloomsbury is an area with plenty to offer.

Homes in Bloomsbury offer a combination of 18th-century buildings and the revival of the 20th century, surrounded by stunning green open spaces. Since it is within short walking distance from Russell Square and Euston Square underground stations, it is the perfect location to consider for anybody who is considering working in central London.

For those who would like to live in an area of London with plenty of green space, Bloomsbury benefits from being very close to Regent’s Park, which is the second-largest park in the capital spanning almost four hundred acres. It is a popular space with walkers and runners and offers one hundred acres of sports facilities to enjoy.

Where is Bloomsbury UK?

Bloomsbury is located in Central London. While it is known for being a popular spot with students, academics, and creatives, there are plenty of things to see and do in the area. For those who love activities where they can learn something new, Bloomsbury is perfect with many intriguing and educational options to consider.

Some of the best things to do in Bloomsbury include:

The free British Museum houses some of the biggest exhibits from human history in the world. Popular with the locals and the tourists alike, you could spend hours in here and still have tons more left to explore. With thousands of ancient treasures and lots of lost knowledge to explore, the sense of grandeur in the British Museum only grows as you walk around inside and enjoy artefacts and exhibitions from a range of different cultures and periods of history. You could easily spend an entire afternoon exploring the Ancient Egyptian rooms, where you can see the mummy of Katebet. There’s also a café and an extensive gift shop to explore.

As the home of several prestigious British universities and many UK branches of American universities, it is no surprise that Bloomsbury is home to some of the best bookshops in the capital. The independent Dillon’s Bookstore is a firm favourite with a unique collection of academic and second-hand books to explore with plenty of gems to find. Skoob Books is a popular option for the students in the area, offering a range of second-hand books with excellent student discounts to take advantage of. Or if you’re looking for something more familiar, there’s a trusty Waterstones at Gower Street, where you can find brand new books of all kinds.

The romance of Bloomsbury is apparent from all of the greenery in the area, which has provided much inspiration for artists, writers and poets over the years. If you’re looking to do something in Bloomsbury that won’t cost you a lot of money or time, walking through the squares can be a great and relaxing way to spend the day. Each square has its own unique charm and character, and you can make a route through them all or spend more time exploring your favourite. Tavistock Square and Gordon Square are the quieter options, where you can find various statues of iconic figures such as Virginia Woolf or Mahatma Gandhi. Russell Square is certainly the best-known square in Bloomsbury, filled with lofty trees for shelter and decorated with a grand central fountain.

What is Bloomsbury Design?

Over the past year, we’ve seen a huge rise in the Bloomsbury design interior style, a decorating style that has been popular since the early 1900s where it began in a time of austerity between the world wars, where making do and mending was the aim. Bloomsbury design and style involves upcycling, transforming, and decorating items, from wood furniture to walls and even the bases and shades of lamps. It’s a free-spirited painting style that did not actually originate in Bloomsbury itself but in a farmhouse called Charleston on the South Downs of East Sussex. The English country house was the meeting place of the original Bloomsbury Group, a close circle of writers, artists, intellectuals, and creatives.

While not all of the properties that you will find listed for sale or rent in Bloomsbury are decorated in this style, many of the properties here are listed, and you can find stunning homes from the Georgian and Victorian era. Many of the old mansions have been converted into chic apartments that combine an old-fashioned and modern style.

Bloomsbury is mostly seen as a pleasant and safe area in central London that is ideal for students and professionals alike. It benefits from being in very close proximity to the central areas of London and there are various tourist hotels nearby; the area is usually well-lit and busy, which adds to the safety measures. Crime rates are relatively low and are comparable to the rest of central London, although it is advisable to follow the usual guidelines regarding keeping valuables out of sight on your person and in your vehicle if travelling in Bloomsbury by car.

An area of London that is well-known for its academic contributions, universities and rich histories, Bloomsbury is a stunning place to live or work in the centre of London. 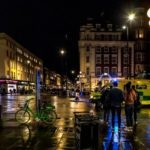 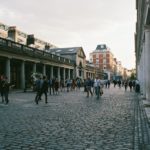 Covent Garden Guide
How can we help?
Book a Valuation
Send this to a friend