If there has been one complaint about living in London, it is that homes in the city are expensive. In Greater London, home prices between 2007 and 2017 increased by 60 per cent in every borough. Hackney has been the star performer, with the City of London, Kensington, Chelsea and Westminster also posting price rises in excess of 100%.

It’s not just London’s housing market that’s moved, London as a city has transformed during this period, reinventing itself in exciting ways, notably through the addition of new transport links and urban regeneration projects. While some buyers have been priced out of the most desirable (and most expensive) boroughs and chosen more accessible and affordable areas not far from the likes of Islington and Marylebone, there have been takers too.

Millennials and individuals in their 20s and 30s, drawn to the city’s evolving spirit, have engaged GLP’s estate agency  in London to find attractive rental and purchase offers in the most vibrant neighbourhoods. Older households have also preferred to buy or rent in Marylebone for its various attractions, specifically the easy access to world-class private specialists in medicine and surgery.

Spring buying season in London has ended. The buyer’s market was marked by a fall in average asking prices in most boroughs over the year. Sales in prime central London were affected by higher stamp duty rates, more so for properties bought for over £3 million. The same boroughs that registered triple digit growth are currently less expensive for buyers.

Home buyers have also benefited from greater choice. Over the past year, the number of flats and houses up for sale has increased by nearly 17%. If you have been looking at flats for sale, Soho or Bloomsbury, you would have found the selection – across size and budget – to be quite expansive.

The summer sale season is likely to continue giving buyers an opportunity to seal deals at far more competitive prices than what they could have managed a year or two ago. The downward impact on prices may not reverse any time soon, over the Brexit effect and the possibility of Labour coming to power. Over the longer-term, however, prices in prime central London will most probably inch upwards.

If you would like to hear more about the London Housing Market, please do give our team at Greater London Properties a call on 0207 734 4062.

A History Of London 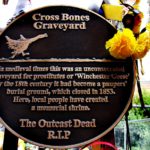 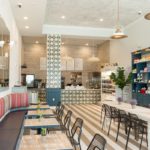