Flats For Sale in Euston 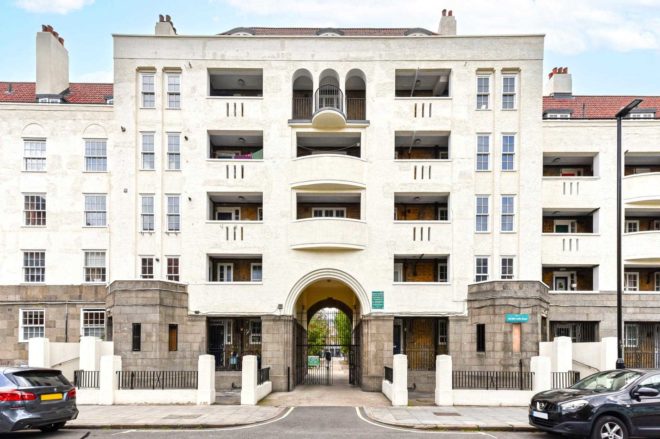 Located on the third and fourth floor (with lift) of a 1930`s block, this beautiful two bedroom apartment will appeal to owner occupiers and investors alike. Chalton Street is a…

Euston is one of the more well-known areas of London among those who live outside of the city, thanks to the area’s long railway history. This coveted North London landmark is home to Euston Station, one of the biggest and most important transport hubs in the city, which was established at the height of the Industrial Revolution in 1936. Euston was to become the first railway station in the capital to offer train journeys stretching as far as Birmingham - and even further today.

Why Buy in Euston?

Aside from being an area with some of the best transport links in the city, there are plenty of reasons to consider a property for sale in Euston. Those living in this area have a great selection of historical London landmarks right on their doorstep, such as the London home of Charles Dickens, 48 Doughty Street, which is always a favourite with literary buffs. And, the British Library is right on Euston Road, where you can find a treasure trove of millions of items from across the world.

While the train station might often appear to be the main feature of Euston, those looking to find a home to buy in Euston will also find one of the best dining experiences in the capital, with tons of options to choose from. Euston Station itself is home to several great restaurants and eateries for those who commute often, or you can find some really popular spots serving great food and drinks at Camden High Street, just a short walk away. Another great area for restaurants in London is Parkway, where you can find Gordon Ramsay’s restaurant York & Albany.

Euston offers more than you might first expect when it comes to entertainment and things to do. Theatre lovers will be spoiled for choice with options like the Shaw Theatre and Teatro Technis where you can find a varied range of performances and shows. If music and dancing are more your things, KOKO in Camden Town is a fantastic and hugely popular club and concert venue often frequented by big-name singers. In Parkway, you’ll find The Jazz Café, the perfect destination for a chilled out musical evening.

If you enjoy shopping, finding a home in Euston to buy or for sale near Euston means that you’re never very far away from a great retail therapy experience. From Euston Station, you can easily get to major London shopping destinations like Oxford Street and Covent Garden, and you’re within walking distance to Camden Town, where you can easily lose track of time spending a day browsing the various treasures available at the markets.

Finding a home in Euston for sale means living close to unrivalled transport links both around London and to the rest of the UK. Since Euston is a major transport hub in London, you can easily find links to every area of the city from Euston Underground Station, and the main train station offers a range of National Rail services to key UK cities.

Euston is an area with plenty to do - and some of the best travel connections in London.