Properties For Sale in SW1 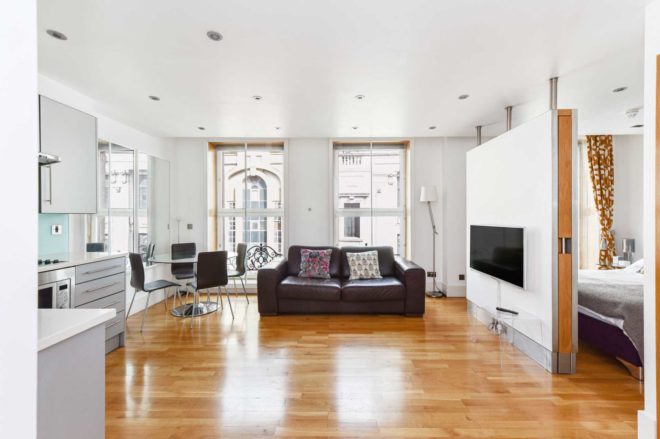 An impressive, bright one bedroom apartment situated in this prestigious period building with breath-taking views of Piccadilly Circus. This stunning second floor flat (with lift) offers unrivalled access to all…

The SW1 postcode area covers the majority of Westminster. It is split into eight different subsections, each of which has a different letter. SW1 covers some of the most famous landmarks in the capital city, including the Houses of Parliament and Buckingham Palace. The boundaries of the SW1 postcode area run along the Thames from Whitehall to Pimlico and then upwards to towards Belgravia. While the area of Westminster is mostly dominated by the government, it has become a more popular residential area recently with more people looking for properties for sale in SW1.

Things to Do and Entertainment in SW1:

As a postcode area that tends to attract a lot of tourists to the city, it’s no surprise that SW1 is packed with things to do. From the Comedy Store to the legendary Ronnie Scott’s and the Soho Theatre, those looking for apartments for sale in SW1 will be spoiled for choice when it comes to being entertained. The area is home to the popular independent Prince Charles Cinema, which is loved for its reasonable prices and excellent showings. In the heart of Westminster, you will find St John’s Smith Square, a gorgeous 18th-century church where you can find classical music concerts and more.

Attractions and Sightseeing in SW1:

As one of the most heavily touristic areas of London, those looking for flats for sale in SW1 will have no trouble finding some of the best sights and attractions in the city right on their doorstep. The postcode covers some of the biggest landmarks in Britain including Big Ben and Buckingham Palace, Westminster Cathedral, Westminster Abbey, the Guards Museum, the London Eye, Wellington Arch, and the Royal Mews.

Restaurants and Dining in SW1:

Those interested in houses for sale in SW1 will find a huge range of restaurants right on their doorstep. Popular with tourists and locals alike, there is a huge range of different cuisines and dining styles to choose from. Yauatcha Soho is a contemporary Dim Sum restaurant and tearoom that is a huge hit in the area, while The Wolseley offers a taste of Paris with its stunning brasserie menu. Zafferano is one of the most popular restaurants in the SW1 area, having expanded over the years to keep up with the rapidly growing demand, now offering a bar and more. Nobu is a popular haunt for celebrities, while Benares is rated as one of the best Indian restaurants in town.

Whichever way you like to spend your spare time, you’re sure to find something to do in this postcode area. From the Big Bus Tours that will take you all over London to learn more about the city to the Spa at Mandarin Oriental where you can enjoy an amethyst crystal steam room and a colour therapy relaxation area, there is something for everybody to enjoy. The area also boasts Green Park, which is one of the four main green areas in the city.

The SW1 postcode area might be more well-known for landmarks and tourists, but it is becoming increasingly more popular as a residential area.