Architecture moves with the times. The architectural style of the buildings that we construct reflects the times that we live in. As a result, many people dream of owning a property from a specific period in history in order to take advantage of the design styles that were en vogue at the time.

Below, we have put together a guide to the most popular eras for period property buyers in the UK. We have also included a little guide on how you can ascertain the age of your current property or that of a property that you want to purchase.

When was the Georgian period?

Officially, the Georgian period encompasses the years 1714 to 1830. That would be a very long reign for a single monarch. The period is actually so long because during that time, there were four successive Kings named George on the throne. They were George I through to George IV, helpfully enough. However, the term Georgian is also used to refer to properties that were built under King William, who sat on the throne until 1837.

What are the main characteristics of Georgian properties?

During the Georgian period, the upper stories of a home would have been reserved for staff while the occupants live on the lower floors. Many Georgian properties feature three stories, in which case the ground and first floor would have been for the homeowners. Georgian architecture was heavily influenced by the Palladian design principles that were popularised by Lord Burlington, who was the most prominent architect in England during the years 1720-1750.

Symmetrical design is a hallmark of Georgian properties and was considered hugely important by designers of the time. The facades of Georgian homes incorporate a number of design principles from classical Greek and Roman architecture, with a sprinkling of Renaissance design principles. For example, Georgian facades often feature fanlights above the front doors and ornate decorations such as columns. Most Georgian properties consist of three or four stories and a wood-panelled front door.

During the Georgian period, houses in England were subjected to a Window Tax. As a result, house designers aimed to keep the number of windows on their properties to a minimum, to minimise the tax liability of the property. Instead of adding a large number of windows, designers instead opted for large multi-panelled windows. These large windows are fantastic for letting the light in and providing expansive views of the surrounding landscape.

When was the Victorian period?

The Victorian period is a significant one in British history, as it encompasses the birth of the industrial revolution. The period coincides with the reign of Queen Victoria and includes the years 1830 to 1901. This period of British history saw a major transfer of wealth and the emergence of a middle class between the aristocracy and the average citizen. Previously, homeownership had been reserved for the wealthiest members of society, but the industrial revolution enabled a much greater cross-section of society to consider owning their own home.

What are the main characteristics of Victorian properties?

Another feature of Victorian properties that makes them very attractive to many homebuyers is the high ceilings, which ensures rooms feel a lot bigger than they really are. In small homes, this is a particularly effective design tactic. In larger properties, these high ceilings would be given an effective embossed effect through the use of ceiling roses.

When was the Edwardian period?

The Edwardian period was a very short one, beginning in 1901 and ending just nine years later in 1910. However, despite the short length of this period, the properties constructed during this time have a number of distinct features. Edwardian properties were heavily influenced by the nascent Arts and Crafts Movement, and this is reflected in the presence of intricately carved features and other decorative fixtures and features.

What are the main characteristics of Edwardian properties?

While most Edwardian homes use red bricks for their exterior, architects and builders of the time weren’t afraid to experiment with different options. As a result, there are numerous examples of Edwardian architecture that incorporate pebbledash, plaster, and a variety of other materials. However, as these styles and textures have fallen out of favour, many Edwardian properties have long-since been renovated in order to smooth these features over.

More grandiose country houses in the Edwardian style sometimes featured half-timber exteriors. These exteriors were influenced by architects from the Tudor period, and often create the impression that a home is older than it appears.

Art nouveau also influenced many of the interior design choices that Edwardian architects opted for. It was a common style for fixtures and furniture of the time, so the style would often carry through the entire property.

In previous eras, fireplaces had been purely functional additions to a property, but in the Edwardian era, decorative fireplaces became more common. There are some fantastic examples of decorative Edwardian fireplaces that embraced unusual geometric designs.

How To Check The Age Of My House

HM Land Registry has records of land ownership throughout the UK, and they are the best starting point, assuming that there isn’t someone around that you can just ask. However, HM Land Registry only keeps records of who owns the land, not what’s built on it. You can still use this to gauge an approximate age for your house by finding the date when the land was sold to the developer that constructed your home. Note that if your property wasn’t sold by the developer that constructed it, HM Land Registry will not be able to provide you with any information about how old it is.

If you have a mortgage on your home, the mortgage survey might tell you the age of your building. As a last resort, you can always ask your neighbours (if their homes are in the same style as yours), as this is usually a good indication that they are the same or similar in age.

When trying to find out the age of a home that you are about to purchase or considering purchasing, then your best bet is to ask the seller or estate agent. They will be familiar with similar properties in the local area, so they will likely know the approximate age of the property you’re interested in.

When the conveyancing process begins, the seller has to complete a form, the ‘Seller’s property information form’. This will often, but not always, tell you the age of a property.

If you want to know the age of an older property, then there are a number of options open to you:

Architecture is constantly changing to reflect contemporary design trends and technological capabilities. Modern buildings aren’t designed differently from old buildings purely for aesthetic purposes, as many modern building designs would have been impossible to construct back then.

Period properties are often highly sought-after. Existing properties from the periods outlined above can be demolished or fall into disrepair, reducing their number, but they are still very sought after for all the reasons discussed above.

Questions to ask Estate Agents when Viewing a House 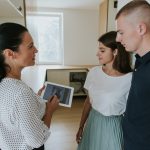 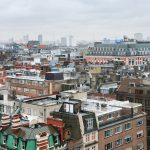 Property Leaseholds – What You Need to know
How can we help?
Book a Valuation
Send this to a friend