Over the past ten years with the astronomical increase of planning applications and loss of office space to residential supply of rental properties on the market has increased. To give you a visual scale of this; between 2010 and 2015 the equivalent in square footage terms of Buckingham palace was converted or being converted in Soho alone! Almost all of these properties have been refurbished to a very good standard as it would be fool hardy to engage in expensive building works only to cheap on the finishes.

The net result over the last ten years is an increased supply of brand new apartments, only a few years old with the older dated stock that has been left behind and thus experienced falling rents.
This increased supply in particular over the last couple of years has led to apartments that underwent wholescale changes only two to three years ago renting out for less today than they did when they were brand new and were achieving a premium. These apartments are well decorated with good specification, kitchen and bathrooms, high quality appliances and are a far cry from the dated 1970`s apartments which were in plentiful supply only ten years ago and in real terms were far more expensive.
With the combined effect of increased supply and the ongoing uncertainly caused by BREXIT now really does represent a great opportunity to rent in Central London, you may well be surprised by how far your rental money will go. In many cases when you factor in the savings of travel and the cheaper Westminster council tax you may even find yourself financially better off living in London`s heartland as opposed to commuting in on the train.

Ultimately as an agent in Central London for over 12 years, I believe there has never been a better time to rent in the West End. 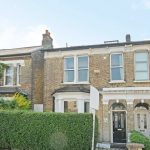 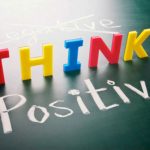