How Many Pubs In London?

Pubs are synonymous with being “British.” As opposed to bars in the U.S., British pubs are an integral part of culture and life in the U.K. Short for “public house,” pubs in earlier times actually signified that someone’s private house was open to the public. British pubs are virtually the neighborhood living rooms and often the owner – also called publican, landlord, host or governor – lives within the premises.

Number of pubs in London

London has a vibrant pub scene with over 3500 pubs, so you can never run out of options to share a drink in the neighbourhood living room! A 2016 pub audit also showed there were 3615 pubs in London. The audit also shows there were 4835 pubs back in 2001, more than a thousand pubs closed subsequently. Despite this, the number of pubs in U.K. is more than Starbucks outlets across the world!

These happening pubs are the reason why many are looking for properties to rent in London. There is a pub at every corner of London – whether you are looking for a centuries-old haven or a modern gastropub with Michelin stars. Marksman Public House, the first to get a Michelin Pub title also serves classic British food while “Ye Olde Cheshire Cheese” is a truly historic relic from 1667.

Pub crawls are the best way for tourists and Londoners to get a real feel of the most happening pubs in London. Pub Crawl tours enable you to enjoy great brews, drink deals, comradery and some great live music.

The London Party Pub Crawl starts from Soho’s Dirty Harry and lasts for five hours. The fun tour is guided by a charismatic guide who introduces you to 5 different pubs in Central London where you get to taste five shots absolutely free while enjoying great drink discounts. The London Pub Crawl takes you to five pubs in West End while the Shoreditch Pub Crawl takes visitors to the trendy Shoreditch High Street.

Some of the best-known pubs in Central London include “The Archers,” “Auld Shillelagh,” “ The Axe,” “ The Beer Shop,” among others.

So, How Many Pubs Are there in London? Plenty – so get drinking!

If you would like to move to London, please call Greater London Properties on 0207 113 1066 and we can advise you on the best areas and properties! 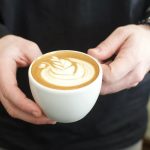 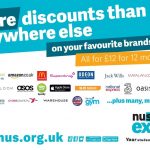 Student Discounts In London
How can we help?
Book a Valuation
Send this to a friend