Council tax rates can vary wildly from one part of the UK to the next. While this is sometimes frustrating, it also means there are ways many of us can save a substantial amount on our living costs. Here’s everything you need to know to understand council tax in London and make sure you don’t pay more than you need to.

London is infamous throughout the UK for its high cost of living. It is one of the most expensive cities globally to live in and is markedly more expensive than most of the rest of the UK. Council tax is just one of the many living expenses that Londoners need to contend with. However, council tax in London is not significantly higher than elsewhere in the UK.

In fact, Westminster Council has one of the lowest average council tax rates in the country. It’s not like Westminster is a downmarket area. Not only is Westminster relatively affluent, but it is also the heart of the British state, housing both the Houses of Parliament and Buckingham Palace.

It is a special division of Inland Revenue, the Valuation Office Agency, that determines each residential property’s value in the UK. For residents of England, property will be placed into 1 of 8 council tax bands. These bands are based upon the capital value of a property and are uniform across the country:

The government operates a council tax valuation list online. This website provides you with a free tool you can use to check your property’s current council tax band by entering your postcode and navigating to your address. If you think your property has been classified in the wrong band, you can appeal the classification online through the Housing and Local Services website.

As any good Londoner knows, The City of London is a distinct entity from Greater London. The City enjoys a unique status and constitutional protections but living there is like living in any other London borough. The process for valuing property in The City of London and assigning it to a council tax band is the same as everywhere else in England.

Of course, council tax is just one component that determines your cost of living, but it is far from the only one you need to keep in mind. While Westminster offers the lowest council tax rates in London, it is still one of the most affluent and expensive areas to live in.

The highest council tax rates are found in Kingston-upon-Thames, with Richmond-upon-Thames not far behind.

For example, in the City of London, properties in Band A are charged £671.46 annually. In many boroughs, the amount of council tax residents pay can vary within the same band. Take Westminster as an example. Council tax bills in Westminster are divided between Westminster City Council and the Greater London Authority. However, residents living near or in Queen’s Park have to pay an additional precept. For Band A properties, this is an additional £30.92.

For comparison, Kingston-upon-Thames charges £1,316.53 per year for properties in Band A.  This rate is the highest rate in the capital. Southwark Council is almost exactly in the middle of the pack, charging £960.59 per year for Band A properties.

Meanwhile, the city of Southampton, located on the Hampshire coastline, charges £1,231.13 per year for Band A properties.

Band B properties in The City of Westminster incur an annual council tax bill of £606.89, or £642.96 for residents of Queen’s Park.

The City Of London charges £783.37 to all residents in Band B properties.

Southwark Council’s rate is more reflective of the London average; it stands at £1.120.69.

The lowest council tax bills for Band C properties are £693.58 for residents of Westminster outside Queen’s Park. Queen’s Park residents will pay £734.81.

The City of London bills Band C properties £895.28 in council tax per year, which is still on the lower side of the spectrum. Southwark again serves as our representative for the middle of the market, charging £1,280.78 per year.

The council tax rates for Band C go as high as £1,755.37 for residents of Kingston-upon-Thames. This rate is only slightly higher than the figure for Southampton, which is £1,641.51.

Kingston-upon-Thames pushes the figure up to £1,974.80, which is only a little bit higher than south coast cities outside of London. Southampton City Council charges £1,846.70 each year.

Band E properties begin to break the £100,000 valuation barrier. Westminster residents outside Queen’s Park pay £953.67 per year. For everyone else in London, including Queen’s Park residents, the bill is over £1,000 every year.

Southwark charges £1,761.07 annually for council tax on Band E properties, which is typical for most of London.

Band G properties start at £160,000. Here, you will find an array of high-end residences and highly sought-after properties. The City Of Westminster levies an annual council tax rate of £1,300.47, or £1,377.77 for Queen’s Park residents.

But the rate for Band G properties can reach as high as £3,291.33 for people living in Kingston-upon-Thames.

Getting to grips with council tax rates in London can be confusing for first-time buyers. Fortunately, there are numerous online tools to help you. Just be aware that rates can vary a lot between different local authorities.

How Can Greater London Properties Help You Purchase a Commercial Property? 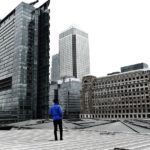 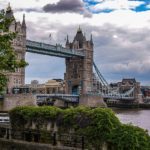 How To Live Cheaply In London
How can we help?
Book a Valuation
Send this to a friend