Soho is a popular London area for shopping, restaurants, bars and nightlife. It has tons to offer and something for everybody whether you’re looking for a busy, creative new restaurant to enjoy a meal with friends and family, or an atmospheric and romantic bar for a date night. There are plenty of all-night clubs that are packed every night of the week offering a wide range of music to suit everybody’s taste. Although Soho is known for its nightlife, it is certainly not a quiet area of London during the day, with the streets full of shoppers, tourists, and workers.

How to Get From Heathrow to Soho London?

If you are travelling to London by plane and want to reach Soho from the airport, there are several options to consider. There are various taxi services that will take you directly from Heathrow Airport to Soho if you are looking for an easy and convenient ride. Bus and coach services are also available from the airport to Victoria Station, where you can find connections via tube and London bus to Soho. The London Underground service from Heathrow Airport Underground Station can also be used to get you to Soho, on the Piccadilly line. There are overground train connections from Heathrow Airport to Leicester Square Station, which depart every fifteen minutes.

How to Get From Heathrow Airport to Soho London on the Tube:

The standard single underground ticket from Heathrow Airport to central London is £6 for an adult. If you plan to use public transport in London for the rest of the day you can choose from several further options including a Pay as You Go Oyster Card, a One Day Travelcard, or a contactless debit or credit card, which you can use to deduct a maximum of £13.50 for the day’s travel.

From Heathrow Airport, you can get the tube to several different Central London stations, where you can find connections to Soho. For the shortest connecting distance to Soho, get off the Underground at Leicester Square, Piccadilly Circus, Covent Garden or Holborn. Transport for London offers an online journey planner that you can use to map out your route.

How Far is Soho London From Heathrow?

London Heathrow and Soho are around twenty-five miles apart. Depending on the mode of transportation that you choose, your journey can vary. By taxi, it will usually take around 45 minutes to reach Soho from London Heathrow. Tube journeys, coach journeys, and overground train services can vary depending on the service that you choose, time of day, and the number of connections. If you take the Underground from Heathrow to Leicester Square, you can expect the journey to take just under fifty minutes. Bear in mind that trains from Terminal 5 might take a few minutes longer.

The easiest and most convenient way to get around in London is undoubtedly by the London Underground service, which offers a wide range of connections around the city. If you want to reach Soho by tube, the three closest stations to use are Tottenham Court Road, Leicester Square and Goodge Street.

While driving in Central London is not usually recommended, if you are arriving in Soho by car, it’s worth finding out more about parking and toll options. Since Soho is located in Central London you will usually be liable to pay the Congestion Charge unless you are exempt. Parking can be difficult to find in the area, although some street parking may be available, depending on when you visit. Bear in mind that much of the street parking is reserved for residents, so a dedicated car park might be a better option. There are two NCP car parks located in Soho on Brewer Street and Lexington Street. You can find more information on these car parks at the Official NCP Website.

Once you’ve planned your ideal route to Soho, you will find a variety of entertainment options available in this eclectic and vibrant area. Some of the most popular areas in Soho include Old Compton Street, running through the heart of the area and home to many of the most popular gay clubs and bars, and Carnaby Street, which was at the centre of the fashion scene in London during the 1960s. Although it’s a slightly more commercial area today, it’s still got a very creative flair to it and is a top choice for shoppers.

If you’re looking to eat out in Soho, head to Brewer Street where you will find some of the most upmarket areas in Soho. Frith Street is home to Little Italy, the best place to visit if you want to sample produce from authentic Italian delis, dinner in a romantic Italian restaurant or good Italian coffee.

Soho is a renowned London area when it comes to quality cuisine and a great dining experience. There is something for everybody whether you are looking for a cheap and quick eat to Michelin starred cuisine prepared by famous chefs. There is a strong café culture in Soho, which is likely due to the influx and influence of French, Italian and Greek culture in the late 19th and 20th centuries, which brought continental styles of eating and drinking to the city.

Soho is one of the most famous nightlife areas in London, with no shortage of pubs, bars, and nightlife options to choose from. Whether you’re looking to grab a couple of pints in a traditional British pub or want to sample unusual cocktails at one of the area’s quirky cocktail bars, there is something for everyone. Unlike many areas of London, Soho is also renowned for being home to some of the cheapest bars in London, which is ideal if you’re looking for drinks in the city that won’t break the bank. The area is home to many vibrant and busy clubs where you can party and dance the night away, every night of the week.

Although Soho does not have the huge super-clubs that you can often find in some other parts of London, there is a large selection of smaller clubs to choose from. There is also a thriving gay club scene in the area and clubs that appeal to a wide range of clients, musical tastes and partygoers. Whether you are looking to dress up for the night at an upmarket club or want a chilled and relaxed casual clubbing evening with friends, there’s something for everybody. Music has long been at the centre of life in Soho, and the first jazz clubs were set up here during the Swinging Sixties. There is plenty of live music to enjoy in Soho including Ronnie Scott’s jazz club, which is one of the best-known in the world and has been established since 1959.

If you want to do some shopping with a difference compared to other shopping districts in Central London, Soho is the place to be. Many of the shops that you will find around the Soho area are independently owned or speciality stores, allowing you to find hidden gems and unique finds. If you’re looking to pick up some unique items and want a shopping experience like no other, some of the best places to visit in Soho include Seven Dials, Carnaby Street, and the Newburgh Quarter.

Soho is more of a social area and not the typical sightseeing location for visitors to London. You won’t find any museums, palaces, or other key attractions here, but what it does offer is a unique and genuine insight into the best of what London living has to offer. The area’s streets are filled with some of the most unique characters in London and it is home to some of the city’s best shops, bars, restaurants and clubs. The Curzon art house cinema is one of the top attractions in the area, showing a range of movies and offering a bar and dining area. It offers regular special events throughout the year that you can find out more about on their website.

Considered by many to be the beating heart of the city, Soho is located in the centre of London and offers a generous selection of things to do whether you’re interested in dining, shopping, drinking, partying or more. Each establishment has its own unique character and charm, adding to the individuality of the atmosphere.

What to wear in Soho, London? 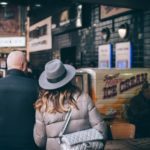 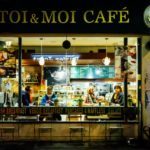 What to do around Soho, London
How can we help?
Book a Valuation
Send this to a friend