Today during #MentalHealthAwarenessWeek, Megan from Greater London Properties spoke with with Diane Beck who is a CNHC, MNCH (Registered) Hypnotherapist, NLP Master Practitioner, Master Coach and Havening Techniques ® Practitioner in on Southampton Street in Holborn.

In the media Diane has appeared on BBC Radio as an invited expert to discuss positivity and change in 2017. Diane has also appeared in Psychologies Magazine and is a Your Tango ‘featured expert’.

Following a successful career in the performing arts as a professional actress in TV, Stage, Film and Radio she found alternative therapy eliminated my performance anxiety, panic and stress issues. She achieved so much that an avid interest took hold.

She is also doing free daily live streams on Instagram, focusing on a certain topic each week, Monday-Friday at 7.30pm. This weeks topic: ‘Rapid relaxation and focus’.

She is also giving free supportive hypnosis to front-line NHS!

Diane is situated in Holborn and Manchester.

You can reach her on the following:

Tune in for tips on how to see things peripherally and calm your anxiety.

We are supporting small businesses during the coronavirus lockdown. To shine a light on all of the fabulous businesses that make up our vibrant West End, we have started a Facebook group, Central London’s Lockdown Support Network, to connect businesses and local residents. 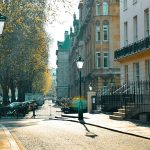 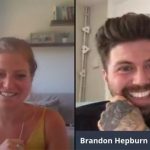