The easiest way to commute in the city of London is via the underground stations. The public rapid transit system, popularly called “the Tube,” serves all of London with 270 stations and some neighbourhood counties including Essex, Hertfordshire and Buckinghamshire.

The London Underground history begins in 1863

The London Underground history begins in 1863, with the opening of the very first underground railway in the world, the Metropolitan Railway.

The Underground has its origins in the Metropolitan Railway, the world’s first underground railway. The Railway is now a part of the Hammersmith and City and Circle lines. The network now has eleven lines totalling 402 kilometres and carried more than one billion passengers in 2016. The London Underground is the eleventh busiest of metros in the world and ferries more than four million passengers in a day.

The very first test tunnel came up in Kibblesworth in 1855  because the location had similar geological properties to London. After being used for two years, the tunnel was later filled up. Post the trial, the first underground railway opened between Farringdon and Paddington in January 1863. This railway had wooden carriages which were pulled by steam locomotives.

The Metropolitan District Railway came into being in December 1868 and ferried passengers from South Kensington to Westminster. Two circular tunnels measuring ten feet in diameter dug between Stockwell and King William Street were the very first tube lines at deep level that opened in 1890. Electric locomotives hauled the carriages that had opaque windows and were called ‘padded cells.’

Initially the cut and cover method was used to build tunnels just below the surface level while later circular tunnels were dug at deeper levels that gave rise to its popular nickname of “tube.” Although called the “tube” only 45 percent of the rapid transit system is underground. Several lines of the system were individually owned by different private agencies, which were merged together with bus services and sub-surface lines under the “Underground” brand in 1933.

If you are looking to rent a property in vibrant Soho, you get the added advantage of convenient tube stations at Piccadilly Circus, Tottenham Court Road and Leicester Square. Please contact our estate agent Soho if you plan to move to this Central London district.

It’s Time to Visit the Best Quirky Restaurants in London 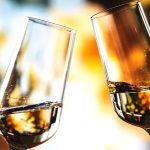 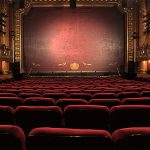