If you’re looking for somewhere to live, work, or hang out in London, the sophisticated and well-to-do area of Marylebone offers a fantastic choice. A favourite location with celebrities and royals and filled with awesome things to do, independent boutiques, and some of the best fine-dining restaurants in the capital, Marylebone offers a combination of luxury and elegance that is hard to beat.

Is Marylebone in Central London?

Marylebone is located in the northernmost area of Central London, situated right next to Regents Park, which is the second-largest park in the capital. The area is home to a wide range of small, private museums, exhibits and collections, including the Wallace Collection of fine arts and the Sherlock Holmes Museum. The area is also home to some very diverse architecture from spacious, gorgeous, terraced houses to opulent mansions, quiet mews homes and newer builds.

How to Get to Marylebone:

Marylebone has strong transportation links in and out of central London. There are several prominent rail stations including Marylebone station, Paddington Station, and Euston station all located nearby, where you can find Underground services in various locations in London and national rail services to the rest of the UK. Marylebone is also a stone’s throw away from Oxford Street, where you can find further Underground services at Oxford Road and Marble Arch Underground stations, in addition to several London bus links.

How Do You Pronounce Marylebone?

Many people don’t agree on the right way to pronounce Marylebone. You may hear it said like ‘Marry-le-bone’ or even ‘Marr-lee-bone’, depending on regional accents.

Is Marylebone Road in the Congestion Zone?

The Congestion Charge covers large areas of London, so it’s worth knowing if you are planning to travel into Marylebone by car. If you are heading into the city by car on the weekdays and drive into the Congestion Zone, you will pay £11.50. However, even for Londoners, it can be tricky to understand which areas are covered if you do not drive in the city on a regular basis. Paying the Congestion Charge is mandatory, with automatic cameras set up to pick out numberplates from the side of the road to make sure that you have paid.

The current Congestion Charge zone covers the area that is pretty much equivalent to Zone 1 on the Underground map, which includes Westminster, Mayfair, Green Park, and Marylebone. If you’re heading east it includes the City of London and the Barbican, and to the north, Euston and St. Pancras are also in the zone. To the south of London, it covers Waterloo, Newington, Lambeth, Borough and Southwark. Be prepared to pay the congestion charge if you are thinking of driving on Marylebone Road.

Which Marylebone Road is Best for Parking?

If you are considering driving into Marylebone, another factor to consider along with paying the congestion charge is parking. Parking is not always easy in London and is certainly not cheap. Most street parking in Marylebone is restricted and you will find lots of areas that are reserved for residents only or only allow parking after peak times. The best way to find parking spaces in Marylebone is to head to a car park. National Car Parks has a site situated on Marylebone Road, with a total of 120 spaces and two disabled bays. You can pay for parking when you arrive, pre-book online, or opt to Pay Later with a reminder from NCP within twenty-four hours of parking if you are unable to pay in the car park.

What is Marylebone Known For?

Marylebone is known for being one of the most well-off neighbourhoods in the capital. Along with this, it is also home to a wide range of excellent restaurants, cafes, and coffee shops. Those living in the area also have a great selection of things to see and do nearby. Some of the best things to do in Marylebone include:

On Marylebone High Street, Daunte Books is a great independent bookshop where you can certainly find a good read. Open daily, it sells a range of books, maps, and children’s books. There are several Daunt Boots locations around London including in Marylebone. It regularly hosts events and author talks and is an excellent choice with travellers since they stock travel guides and souvenirs too.

The famous waxwork museum is listed as one of the top things to do in London, and you will find it in Marylebone. While most Londoners have never been able to see the Queen in person, you can grab a photo with her royal likeness at Madame Tussauds London. It is home to a huge collection of over two hundred and fifty lifelike wax statues of various celebrities and iconic people from past and present. If you’d like to visit, it’s definitely worth getting a Fast-Track ticket since the queues are often long, especially at the weekend.

Marylebone has plenty of classic pubs to visit for a drink and some traditional pub grub, but The Barley Mow, located on Dorset Street is the oldest in the neighbourhood. It has been around since 1790 and offers a seriously historical vibe with an array of delicious beers, wines, and spirits on the menu. The food menu including a selection of stunning pies from the award-winning Pieminster pies and there are plenty of pub quizzes and events to attend.

Britain’s most famous fictional detective has his own museum in Marylebone, located on Baker Street. Sherlock lived at 22lb Baker Street in the novels. This is where you will find the museum, which is filled with a collection of exhibits based on his life. It’s definitely a firm favourite with the fans and you can easily spend a few hours here immersing yourself in the fictional world, before picking up some themed souvenirs. There’s always a queue and tickets can’t be purchased in advance, so be sure to arrive early.

Popular with visitors and locals alike, this restaurant and boutique hotel is definitely one of the top places in Marylebone. Built in a historic fire station, this chic restaurant has been popular with several A-list celebrities including Orlando Bloom and Kate Moss. With food prepared by chef Nuno Mendes, the restaurant serves three meals per day plus an excellent brunch at the weekend.

This free art museum located in Hertford House in Manchester Square is one of the best ways to experience some of the best art in London in a quiet and less-crowded setting. Featuring a range of exhibits including sculptures, art, arms, armour, and furniture, there are new temporary exhibitions to explore every few months, including famous works by artists like Canaletto, Rembrandt, and Rubens.

Despite being located in the centre of the city, Marylebone is home to a fantastic farmer’s market where you can pick up local fresh wares every Sunday morning. There are around forty stalls selling fresh produce, meat, dairy, and many other delicious goods along with prepared food ready to eat. The Potato Shop is definitely a must-visit, with a seated booth that makes for a nice place for a quick lunch or to grab some food on the go.

If you enjoy music, you will love seeing a concert at Wigmore Hall, a Victorian concert venue that has been around for more than a century. The venue offers a huge range of musical experiences with pieces ranging from the Renaissance period to modern tunes. The Hall seats an audience of just over 550 guests and there are almost five hundred concerts every year to choose from, with something different every day. It’s the ideal choice for families with a range of family days and family concerts that are specifically designed to appeal to children who are interested in music. You can book online in advance or purchase your ticket from the box office on the day.

The name Marylebone comes from the St Mary’s church, which was built on the bank of a small stream known as ‘bourne’. Historically, it was known as ‘St Mary’s by the Bourne’, which is where the name derives from.

As one of the most well-to-do areas in London, Marylebone is generally considered to be safe by those who live and work here. Whether you are planning to visit Marylebone or are considering moving to the area, it’s good to know that the entire area of Central London is generally quite safe, and in Marylebone in particular, crime rates are relatively low.

Marylebone is central and fairly upmarket, so it’s not somewhere that you would usually expect to encounter trouble. The highest crime rates here are for theft from vehicles and theft from a person, which is often the case with well-to-do areas. Therefore, when moving to or visiting Marylebone, it is a wise idea to be vigilant and careful with any valuables that you have on your person or in your vehicle.

Marylebone is known for being one of the wealthiest and well-to-do neighbourhoods in London, with plenty of things to see and do.

Where to Eat in Marylebone London 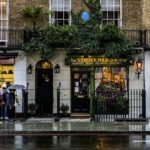 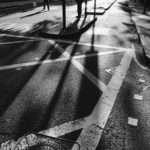 Bloomsbury Guide
How can we help?
Book a Valuation
Send this to a friend