There are two developments affecting London’s property market. One is a slow growth in home sales in Greater London on the back of high prices, changes in stamp duty rates, and unpredictability around Brexit. The cheapest boroughs of Newham, Bexley and Havering are least affected.

The fall has been buoyed by the changes in property taxes that saw second home buyers rush through deals in the first quarter of the year. March registered the highest rise, with a blitz of activity recorded soon after the new stamp duty change came into effect on April 1, 2016. Overall, the average cost for buyers in England and Wales increased by 0.3%.

The second development is a renewed interest in Central London’s real estate among buyers in China and Hong Kong. A house in a prime London area is over a fifth cheaper today than it was during the time of the Brexit vote last year. Prices will be supported by the higher concentration of foreign buyers in Central London.

Overseas buyers don’t seem worried about Brexit, choosing London for its economic stability and secure, efficient legal system. Of course, a world-class culture, top-rated schools and universities, and desirable ‘London living’ are major draws for home buyers seeking the best of the best.

Our estate agents London will be happy to share more information on Central London properties for sale.

When Can You Call a Loft Room an Extra Bedroom? 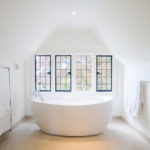 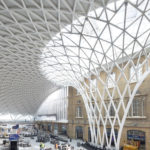 How Desirable is King’s Cross?
How can we help?
Book a Valuation
Send this to a friend