Reasons to live in Marylebone

Marylebone is a chic and luxurious residential area in London. Despite being located in the heart of the west end of London, Marylebone is known for its laid back vibe. Named after a church dedicated to St. Mary, Marylebone is dotted with a number of streets that lend a unique old world charm. These are not the only reasons to live in Marylebone. If you’re thinking about moving to a new property in London, a visit to the area must be top priority. In this post, our Marylebone estate agent looks at a few reasons why Marylebone is one of the best areas to live in London.

Various eminent personalities including Jimmi Hendrix, Charles Dickens, John Lennon, Madonna, and Ringo Starr have lived in Marylebone. These renowned personalities produced some of their most noticeable works during their stay in the residential area.

The Chiltern Firehouse, a prominent restaurant and hotel in the area is a dream destination for those who don’t let an opportunity to spot their favourite celebrities pass them by. The restaurant is frequented by A-listers including Kate Moss and Cara Delevingne.

Marylebone is home to some of the best cocktail bars and coffee shops in London. Known for their chilled-out atmosphere, these bars serve classic drinks that are sure to give you a taste of royalty. To get your caffeine fix, head straight to the Monocle Café that is known for serving delicious coffee.

If you are craving for some entertainment, visit the Wigmore Hall on a Sunday morning, where you can savor your cup of coffee while listening to classical music. If you want something extra or fancy, all roads lead to the Wallace Restaurant.

Though located in close proximity to the famous Oxford Street, Marylebone has been able to preserve its identity. The area is adorned with green spaces and some of the city’s finest parks including Primrose Hill, Hyde Park, St James’s Park, and Regent’s Park. These parks are a haven for people who want to spend some quality time away from the maddening city crowd of the city.

Marylebone is home to a number of classic Victorian buildings that have witnessed some of the most important events that shaped the country’s history. These buildings feature timeless Art Deco-style architecture and design elements that are sure to transport you into a bygone era. Tree-lined pavements, boutiques, and cafés that lend a sense of tranquillity dot the residential area. Taking a stroll down the leafy streets of Marylebone is sure to help you relax your senses.

Marylebone Summer Fair is a family-friendly, charity street festival organised every year in Marylebone. The festival was held on 15th and 16th June this year. Artistes from different parts of the country descend on Marylebone to give attendees a glimpse of their talent. Whether you are a music lover or an avid foodie, you won’t run out of things to do here.

Fitness enthusiasts consider attending the fair a sacrosanct rule. The fair attracts fitness trainers who are more than happy sharing well-kept fitness secrets with attendees. The fair is organised and funded by Marylebone’s current landlord, the Howard de Walden Street.

If you decide to shift to Marylebone undertaking long, tiring commutes to get your daily dose of retail therapy will be a thing of the past. Marylebone is a dream destination for shopaholics. The residential area is home to a number of shopping streets including Marylebone High Street. Oxford Street is a stone’s throw away from Marylebone. These streets are home to a number of high-end retailers such as Selfridges and independent boutiques including Cox & Power and Kjs Laundry.

Marylebone is home to five Michelin-starred restaurants that serve yummylicious delicacies that can make even the most ardent fitness enthusiasts go weak in the knees. If you are craving for afternoon tea and brunch, head straight to the Landmark London Hotel. Chiltern Firehouse’s menu not just attracts commoners but also A-listers such as David Beckham and Guy Ritchie. For a casual dining experience, visit Marylebone’s clean eating spots such as High Mood Food, Natural Kitchen or Good Life Eatery. After having a hearty meal, head straight to the classic cake shop, La Pâtisserie des Rêves that is known for baking some of the best cakes in the town.

Marylebone is located conveniently in close proximity to a number of attractions including Madame Tussauds, ZSL London Zoo, the Wallace Collection, and Marylebone Farmers’ Market. 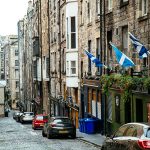 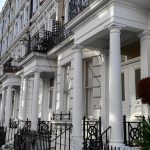 Famous people who have lived in Marylebone
How can we help?
Book a Valuation
Send this to a friend