Our team at Greater London Properties have seen a recent surge of people wanting to rent in Central London so we decided to conduct a survey to find out their exact reasons for the move.

75% of our applicants chose this reason as their top priority for moving into town. The hours saved on commuting, the health aspects of the walking commute and the later alarm wake up call were all listed reasons as to why Central London is one of the best places to live.

Many of our applicants had weighed up the money savings from changing their commute from Zone 2 -5 to a ‘free’ walk. That alongside the life-style change of no commute, meant moving to Central London was a no brainer. Another point worth mentioning is the cash saved on Ubers and Black Cabs after a long night out..

This point came up in almost 65% of the surveys – people automatically assume Central London is unaffordable which simply isn’t the case. Now, more than ever, with extra stock on the market rents will be more achievable and sharers might be pleasantly surprised by what is available to them.

90% of our Central London Residents confirmed that their lifestyle balance has improved since moving more Centrally. Time spent commuting home is now spent in museums, parks and restaurants plus the hidden gems at weekends means they rarely leave the area. Once the commuters flock home it leaves the beautiful city parks empty, and there are rarely queues in the museums.

Greater London Properties can offer you a huge selection of houses and apartments to rent in Central London – click here to view and give us a call if you would like to discuss any in more detail – 0207 734 4062.

Greater London Properties are Central London’s Estate Agent serving the community since 2003, feel free to check out our website glp.co.uk and please get in touch if you have any questions. 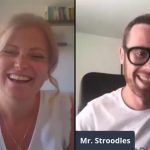 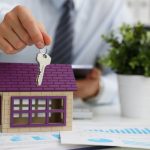 Why is it Important to Choose an Estate Agent Who Shares Your Core Values?
How can we help?
Book a Valuation
Send this to a friend