London Rents Are On The Rise

Reasons why Renting in London is on the up, firstly it’s a brilliant city to live in. Secondly, transport links makes getting into work from Zone 1, 2 or 3 easy. In fact, you may be picturing the day you get a beautifully-designed flat close to a tube station just a ride away from the most fun parts of town.

Recent figures have seen that rental prices are increasing at a tremendous pace in the entire Greater London area. Many London estate agents believe that these rents are only going to keep rising. Prospective renters interested in getting an apartment in London are advised to grab their pad sooner rather than later!

The city of London is on its way to becoming the most expensive city in Europe for renters. Reports submitted by UK’s general trade union GMB and UK headquartered real estate company Rightmove show that rents have increased a whopping 8.2% per annum from 2018 to 2019.

When compared to 2011, rental prices in London had progressed by more than 21.7% by 2018. Such a staggering, sudden growth in rental prices has not been observed in other major cities across the world.

According to the report, in 2018, the highest asking price for a rental home in London amounted to £1,450 for a single month. But move on to the year 2019 and average rental rates for high-end or centrally-located properties of a similar class cost as high as £2,093 per month.

According to their data, many properties located in London, charge more than £2150 as monthly rentals. If home renters’ feedback is to be believed, rents across the city can go up to £3000 as well.

Other findings made by the GMB union report are as follows – Greenwich rents rose by 50% between 2011 & 2019, while those in Newham rose by 47.7%; and rental properties in Corydon saw an increase in rental prices by 41.2%.

Some neighbourhoods in London are experiencing a steeper increase in rental prices than others. Leading the charge is the Central London locality with postal code W1K (Mayfair, Grosvenor Square), where median rent stands at £9750 per month! The next area is SW1X (Westminster, Kensington and Chelsea), which has average rental valuations at £5931 per month.

Despite the Greater London real estate market looking bleak, all is not lost. Given the lack of demand for rental properties in London (letting rates have fallen by 22%), many owners of buy-to-let properties are selling their properties outright to interested buyers.

Research by UK mortgage lenders indicates that the median sale price for homes in Britain is approximately £455,594. Studio apartments and one-room dwellings are expected to come at a fraction of this cost. So if you’re looking to buy a property through an estate agent London, now would be the time. Give Greater London Properties a call today and we will find you the perfect home!

How to Get Rid of Moths at Home? 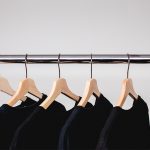 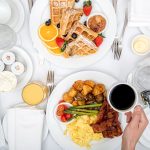 Best Breakfasts In London
How can we help?
Book a Valuation
Send this to a friend