One of the best things about being an estate agent in Soho is the infamous Soho Food Feast which this year is on the 11th June.   It is now in its 7th Year and as always we are working with some of London’s top restaurants to raise money for our local Parish Soho School.

The school has absolutely relied on this fundraising over the years and with the proceeds managed to build a new playground and kitchen – voted as one of the most urban schools in England (and one of the least funded) it’s imperative we keep this going.

Thanks to local property estates who help sponsor the event, and Rob Hill, owner of Greater London Properties who is patron of the charity and who organize this along with Holly Isabella , last year saw a record number of ticket sales sold, and this year is almost a sell out already.

There are some fantastic restaurants booked in for this year including Bone Daddies, Dean St Townhouse and Ceviche – see more online @ http://www.sohofoodfeast.com.  You can also book tickets here.

Summer in Soho is always vibrant and exciting so join Greater London Properties and have some fun. 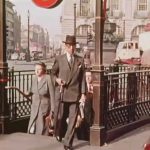 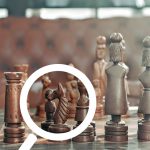 Property People Apply Here
Send this to a friend