Soho has retained its charm as the main entertainment district of London since the 19th century.

The beautiful neighbourhood of Soho was developed out of a farmland in 1536 by Henry VIII. It developed into a parish by the 17th century while the famous Soho Square was laid out in the 1680s. St Anne’s Church, which is now a significant landmark, was established in the 17th century. In the 20th Century, Soho became popular for the bustling night life and entertainment. The area is now a fashionable upscale district with high end restaurants, media offices and retail stores.

In the early sixteenth century, Soho was the gathering place for myriad of writers, refugees, musicians, artists and immigrants. The district became renowned for its bohemian and raffish air with its intriguing taverns, gaming rooms, townhouses and coffeehouses.

While Soho is now an upscale West End neighbourhood, it was once full of French patisseries, Italian delis and Greek-Cypriot cafes. The French House Pub located in Dean Street was in the 50s known as The York Master and the ever-popular Soho Square that is now the hub of entertainment industry was once a small garden where people gathered to enjoy some sunshine.

The Berwick Street Market – one of the oldest in London – in Soho was the location of a bustling marketplace way back in 1956. The market in the 50s had the reputation for selling an exotic and bewildering array of fruits and vegetables. It continues to be a “foodie destination” as concept traders such as Freebird Burritos and Savage Salads continue to dot the landscape.

The Palace Theatre was host to Shakespeare plays in Soho in the 50s, while in the modern times it is the go-to destination for Harry Potter fans where millions jostled to see Harry Potter and the Cursed Child.

If you are looking for a home to rent in Soho, given its convenient location, amenities and the rich history, it’s a great investment. Our estate agent Soho can help you find your dream property in this beautiful London neighbourhood.

We're listing properties in your area

Click here to get a valuation from our property experts › 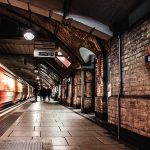 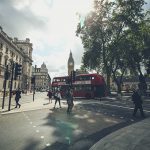 Best areas to live in London
How can we help?
Book a Valuation
Send this to a friend