King’s Cross made its mark in the world with its iconic railway station. For long, the locality around King’s Cross was considered a transport hub, a melting pot of people from around the UK and around the world. Today, King’s Cross is more than that. Take the Everyman Cinemas, one of the oldest and most reputed theatre chains in the UK. The theatre recently inaugurated its newest cinema in King’s Cross and now this iconic location is set to play host to blockbusters and classics, creating an oasis of entertainment for tourists and residents alike.

If this isn’t inviting enough the new radio station-come restaurant at Spiritland might clinch the deal. King’s Cross’s newest hangout isn’t just a culinary delight; it’s also gearing up to be a favoured hub for London’s elite eclectic crowd.

By now, Granary Square is part of the furniture with the delights of Dishoom, Granger and Co, Caravan and the much loved German Gymnasium but there are lesser known gems. Kimchee is now open for business – fresh, flavourful, authentic Korean BBQ on Pancras Square along with Maple & King’s offering splendid healthy options. If it’s a quick bite you’re after then there are plenty of options for food on the go – from the excellent street food served up by KERB to the home-grown fare at the Skip Garden Kitchen.

Another game changer is the much-anticipated move of global designer Tom Dixon’s flagship store from Portobello Dock to King’s Cross in March this year. The 17,500 sq ft complex which was originally a historical coal distribution centre will play host to the Tom Dixon flagship store, a high-end restaurant and a sui generis café.

Kings Cross is going from strength to strength, the area is changing and as one of the local estate agents in the area, we are seeing a huge influx of different types of people wanting to move in. With great schools, transport links, nightlife, restaurants and parks on the doorstep – it’s easy to see why people want to live here.

READ
How Much Is Your Home Worth?

The perks of flats to rent in Bloomsbury 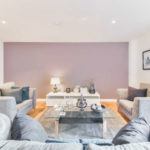 What London’s Marylebone Stores for Foodies?
How can we help?
Book a Valuation
Send this to a friend