State of the London Property Market

The drop in prices of prime central London residences has trickled down to a mere 1%. While this is the overall percentage fall for this area, the drop has been steeper for the overall city, at almost 8% between 2015 and 2017.

At a little above 1%, the price growth in Notting Hill has been modest. Chelsea, on the other hand, saw a nearly 16% drop in home values between 2015 and 2017, recording an increase in transactions for million pound luxury properties. In some neighbourhoods, home values have gone up. Camden, which includes King’s Cross, is a fast-growing borough, recording an impressive 19% increase in asking price. Marylebone recorded a strong performance on the back of a new pipeline of luxury builds and refurbished properties.

Marylebone is one of London’s most fashionable neighbourhoods. Upwardly mobile individuals and families are being lured by the new development, leisure and retail opportunities, and the ‘cool quotient’ of the area thanks to Chiltern Firehouse, the BXR gym and chic fashion boutiques. Add to that its urban village feel reflected in its garden squares, period architecture and lovely side streets, and you can imagine why so many wish to buy or rent in Marylebone.

Rents in prime central London have been falling for 28 straight months. However, our estate agent London notes that new supply has plateaued. On the one hand, rental values have fallen 0.6% on an average annually; on the other, prime areas have witnessed an uptick in the number of tenants.

Through Brexit and political tensions, London has maintained its desirability for home owners, renters and investors. Given the market’s cyclical nature, the London estate agent community believes there is no reason to fear a crash or worry about values. 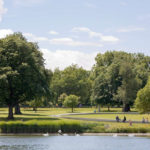 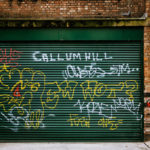 Soho: From Edgy to Trendy
How can we help?
Book a Valuation
Send this to a friend