Taxation on Landlords is about to become tougher. As the buy-to-let market reels from last April’s stamp duty hike, and awaits the tightening of lending criteria starting in January and the steep increase in tax being phased in from next April, is the party over for Britain’s two million landlords?

Rob Hill, Director at Greater London Properties says landlords are “getting a bashing” from the government’s changes to the tax regime, accusing it of ruining the retirement plans of thousands of people. From April the government will begin to withdraw the tax relief landlords currently enjoy. At the moment, buy-to-let investors can offset all the mortgage interest against their tax bill, but this will be reduced in stages between 2017 and 2020, cutting the relief rate from 40% to a flat rate of 20%.

“There’s a housing shortage, and landlords help this by providing accommodation – but they are being vilified, interest rates will go up at some point, and that will be the final nail in the coffin – many will have to sell. The government is penalising landlords at a time when confidence in the pensions system is at an all-time low. Many people put money in buy to let instead and now the goalposts are being moved drastically. In what other business can you not write off a fixed cost against tax?”

But the tax change is just one of three blows to landlords: since April, anyone buying a home that is not their main residence has had to pay a 3% stamp duty surcharge – for a £200,000 buy to let in England and Wales it meant the tax jumped from £1,500 to £7,500. And from 1 January, tough new affordability criteria imposed by the Bank of England means borrowers will be limited to smaller loans (see overleaf). Someone who previously qualified for a buy-to-let mortgage of £190,000 might find they can only borrow £150,000 in future.

“I think a perfect storm is brewing in the rental market,” says Rob Hill. “There isn’t enough property being built of any tenure in the UK. Landlords will either have to raise rents or sell because of the tax rises. If they sell, their tenants will have to leave. But then there will be less rental property around, so rents for other places will rise. It’s supply and demand.”

The Air B and B time bomb 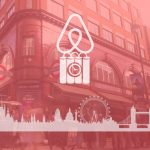 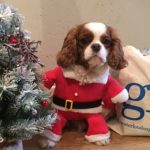