What are Property Prices Likely to Do in the Next 12 Months?

Despite enjoying an increase in prices just a few years ago, 2020 has been a year that has hit the property market hard, in part due to the coronavirus pandemic and the UK’s withdrawal from the European Union set to be finalised at the end of the year. According to data released in August, London house prices continued to fall in July, leaving many prospective buyers and current homeowners in the capital wondering what is likely to happen with property prices over the next twelve months. The impact of COVID19 on the economy and the uncertainty surrounding Brexit this year are both set to impact the London property market and have a significant impact on property values in the capital city.

According to data from the beginning of 2020, London house prices are on the decline, bringing the average property price in the capital down to just over £450,000. In 2019, house prices in London fell for the third year in a row, with properties losing over £8,000 of their value. In fact, the value drop of 1.8% over the course of 2019 made the capital the weakest regional property market in the UK, according to figures provided by Nationwide. House prices in London reached a peak in 2016 when the average property sold for just over £470,000 – but since then, prices have gone in the opposite direction.

How Much is the Average House Price in London?

The average price of a property in London currently stands at just over £470,000, according to 2019 data from Gov.uk, but the economic impact of COVID19 and Brexit is set to cause further drops in value in the future. Currently, average house prices in London vary between boroughs and type of property. Since March 2019, data shows that the average house price has in fact risen by 2.4% but has been affected by an annual price fall of 1.2%. In London, the average price of a new build property in February 2019 was just over £480,000, compared to an existing resold property with an average of just over £460,000. Detached houses fetch more than £900,000 on average, while flats and maisonettes have an average value of just over £400,000.

Are House Prices in London Falling Because of the Pandemic?

While July this year saw an increase in new buyers returning to the London housing market, this is expected to change in the near future with the furlough scheme and other COVID19 support measures coming to an end. And despite the capital experiencing an increase in sales activity, the Royal Institution of Chartered Surveyors (RCIS) reports that house prices in London still remain negative, making the capital the only region across the UK that is still experiencing a drop in property value. RCIS chief economist Simon Rubinsohn says that it is interesting that there is more caution regarding the medium-term outlook, with job losses and the end of government support measures for the pandemic expected to take a toll on the housing market and prospective home buyers themselves.

Is House Prices Going Down in London Due to the End of Furlough?

According to the RCIS, London is currently the only region in the UK that is experiencing a drop in property value. Much of this can be attributed to the current coronavirus pandemic and the end of government support schemes such as the furlough scheme and business support that were put in place over the summer. As these schemes are replaced with ones that leave individuals worse off compared to the past, there’s an element of caution in the capital surrounding property purchases that are causing property sales – and prices – to drop.

Have House Prices Gone Down in London Because of Brexit?

The drop in property value in London is nothing new, with prices on a downward trajectory since the Brexit referendum vote in 2016. This may be partly due to the fact that many London boroughs are a popular choice with buyers from European countries such as Spain and France. Brexit has brought about a level of uncertainty for these buyers that were not present before, and many are waiting to discover what happens when the UK finally leaves the UK and whether or not a deal is agreed between the UK and the EU to make an informed decision regarding purchasing a property in London.

Why Are Property Prices in London Falling?

There are many potential economic reasons as to why the property prices in London are currently the only ones experiencing a drop in the entire UK. The current pandemic is certainly playing a part when it comes to the demand for London properties and in boroughs like South Kensington that tend to attract buyers from abroad, travel restrictions may be playing a key part in the ability to sell certain properties. The furlough scheme designed to support employees out of work due to the current COVID19 pandemic coming to an end, along with uncertainty surrounding job security in the UK in the current time of national crisis, is also a huge influencing factor in terms of the demand for property in London in 2020.

Are House Prices in London Going to Fall Further?

Despite the stamp duty cut introduced by Chancellor Rishi Sunak, house prices across the UK, including in London, are set to continue falling over the next couple of years. According to the Centre for Economics and Business Research, it is predicted the house prices are set to fall by 5% this year, and again by a further 10.6% in 2021. According to the CEBR, house prices UK-wide are not expected to return to their pre-COVID19 levels until at least 2023, which could also be affected by how the virus is handled and other economic events set for the future such as Brexit at the end of 2020.

According to the CEBR, the steepest drop in house prices is set to happen now, with the Government’s Job Retention Scheme coming to an end and the mortgage holidays of the lockdown period over. In the past few months, the pandemic has led to thousands of job losses and even more are to be expected in the future. While property prices in London and across the UK are expected to rise again during the third quarter of next year, it is likely to be a small increase.

When Are House Prices Rising in London Again?

With current economic events significantly impacting the house prices both in London and across the rest of the UK, house prices are not expected to rise in London until the third quarter of next year, and it will not be until 2023, at least, when property prices are expected to return to their pre-pandemic level. With Britain set to exit the UK for good at the end of 2020, it may be even more time before property prices in London are expected to return to the same levels as they were before the EU Referendum result.

In July, the Chancellor of the Exchequer announced that buyers will not be required to pay stamp duty on the first £500,000 of the purchase price when buying property in a holiday set to continue until March 2020. Given that the average property price in London currently stands at less than £500,000, the demand for sales may increase significantly before March as prospective buyers look to take advantage of this threshold increase which is set to save buyers up to £15,000 and help first-time buyers with affording a deposit. The CEBR believes that this stamp duty holiday may prompt a 6% increase in transactions across the UK leading to an additional 41,000 property sales before Match 2021. And an additional 60,000 property sales may be brought forward from later in the year.

Why is House price Going Down in London?

2020 has not been the best year for the UK economically, with current events prompting a future recession of a scale that has become stark in recent months. According to the Bank of England, it is possible that house prices could plummet by up to 16% in the near future. But since May, where housing secretary Robert Jenrick allowed the housing market and home builders to get back to work, there have been some signs that the market is slowly coming back to life. Signs of recovery were spotted in the summer and buyer demand, new listings and completed property sales rose in June.

The Cheapest Boroughs to Live in London 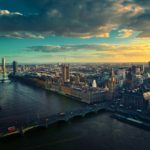 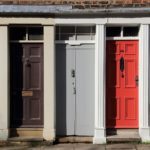 Tips for First-Time Buyers in London
How can we help?
Book a Valuation
Send this to a friend