What is Urban Planning vs Urban Design?

Urban design refers to designing the individual features of a city. For example, this could include designing a new park or a new transport system for the city. Urban designers are in a creative role and tasked with designing things that are intended to improve the sustainability of the city, boost resilience, and improve the quality of life for the residents. Modern urban designers will usually engage the neighbourhood in the design and prioritise user experience. On the other hand, urban planning is a political, strategic, and technical role that sets standards, direction, and policies in the city or neighbourhood.

What is Urban Planning? A Definition:

Urban planning is closely linked with urban design, regulating the uses of space that focuses on the economic functions, physical form, and social impacts of the urban environment and the various location of different activities around it. Urban planning draws upon architecture, engineering, and social and political concerns. It is concerned with the development of open land and the renovation of various existing parts of the city. It involves data collection and analysis, goal setting, design, forecasting, strategic thinking, and consulting with the population to determine the best changes and improvements for the area.

The origins of modern urban planning are within a social movement for urban reform that arose in the late 19th century as a reaction against the industrial city’s state of disorder. During this period in time, many visionaries sought the ideal city and the desire for planning was driven even further by the practical considerations including the movement of people and goods, provision of amenities, and adequate sanitation. Today, urban planners are tasked with balancing the often conflicting demands of economic growth, social equity, environmental concerns, and an aesthetic appeal. Modern urban planning processes may result in a master plan for an entire city or metropolitan area, or it may be on a smaller scale including project plans, neighbourhood plans, or policy alternatives.

What is The Early History of Landscape and Urban Planning?

Evidence of early urban planning has been found in the ruins of various cities including South and Central America, India, China, and Egypt. Some early examples of urban planning include dividing cities into specialised functional quarters, systems designed for water supply and drainage, development of commanding central sites for civic, religious, and royal buildings, and orderly street systems. Most of the early evidence has been discovered in smaller cities that were constructed as colonies over short periods of time, compared to central cities of ancient states that would often grow to substantial sizes before achieving governments capable of putting controls in place.

During the middle ages, there was very little city-building across Europe. Eventually, towns and cities grew as centres of feudal authority, churches, marketing, or trade. The constriction as a result of fortifications and walls led to overcrowding as the urban population grew, leading to poor sanitation and the blocking out of light and air. Some areas of cities were restricted to certain classes, trades, or nationalities. During the Renaissance, conscious attempts to plan cities began to occur in Europe. The prime objective was often the glorification of a state or rule; however, these efforts were partly aimed at providing military defence and improving circulation. Between the 16th and 18th centuries, many cities were built with monumental splendour at the forefront. But while this may have been aesthetically pleasing for the citizens, it very rarely contributed to comfort, health, or efficiency.

What is Urban Planning and Design in 2020?

Today, a significant part of urban planning and design involves understanding what city residents need to live happily, along with considering any necessary structures and buildings that will need to be accommodated for. For example, a modern industrial park in a city may take up millions of square feet, and in some cities, parking spaces alone may account for up to 100 million square feet. But over time, city planning has become much more diverse when it comes to the needs that it addresses, especially as scientists have become much more aware of issues like sustainability in recent times.

Climate change was listed as one of the primary factors in destructive weather, which led to some urban planners in areas of particular risk placing more emphasis on making their cities better able to withstand damage from strong storms and other destructive weather conditions. Recently, both investors and urban planners agree that it is time to ensure that readiness for climate change is one of the main objectives for modern urban planning. In December 2017, reports indicated that cities that fail to plan for climate change and put necessary plans in place to reduce the effects of it on the city may find it difficult to get the required financing for projects in the future.

Urban planners today are also keeping pace with their competitors by expanding their horizons and familiarising themselves with the techniques used to construct connected cities. In some cities around the world, cameras and sensors are already gathering data about how people use the city, which provides urban planners with information on what is working well and what could use improvement. However, it’s important for urban planners to ensure that with a heavy focus on technology, other important factors such as long-term investment needs and city policies do not get overlooked as a result. Using data to drive decisions made about a city is expected to provide insights related to aspects of city planning that typically end up ignored. Throughout all the changes to urban planning over time, the key focus remains to make sure that the needs of the citizens are met and exceeded. Urban planners today need to not only investigate ways to ensure that the current residents are satisfied but also appeal to future residents and put sustainable methods in place for eventual inhabitants of the future generation.

What is an Urban Planning Scheme and Why Do We Need Them?

In London, urban planning and design plays a hugely important part in developing and improving the city that we know and love today. If you are interested in living in London and benefitting from the strong urban planning schemes in place, get in touch to find out more about the properties we have available. 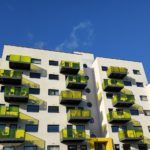 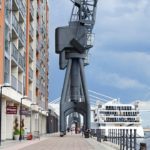 A Guide to Choosing the Right Estate Agent in London
How can we help?
Book a Valuation
Send this to a friend