With a rich history spanning over four centuries, Covent Garden started life as a plot of land belonging to the then St Peter’s Convent at Westminster, earning itself the name ‘convent garden’. It quickly became a prominent place in the city for the trading of fresh produce. Covent Garden Market as we know it today is now one of the biggest and most famous fresh produce markets worldwide.

Today, Covent Garden is one of the busiest spots in London and is home to over two hundred different shops and stores, with many high-street and designer brands having flagship stores here alongside several independent boutiques and small businesses. It is home to some iconic British brands including Fred Perry and the Cambridge Satchel Company, and the famous Piazza is well-known for hosting some of the best free street performances in the UK, with several buskers and street entertainers starting in Covent Garden and going on to become famous.

Undoubtedly, one of the main reasons why people visit Covent Garden is for retail therapy, but that’s not all that this popular and dynamic area of the city has to offer. Its close proximity to the West End means that catching a theatre show is very easy and there are tons of restaurants and cafes to enjoy from fine dining to cheap eats with something to suit everybody.

What to Do in Covent Garden, London?

Covent Garden is one of the best-known areas in London and is very popular with tourists. Whether you are visiting the city and want to explore some of the main things to do in Covent Garden or are thinking of moving to the area, you will not be disappointed with what’s on offer.

One of the main stars of the show, it’s pretty much impossible to spend a day at Covent Garden without paying a visit to the famous market. Sitting right in the heart of Covent Garden, it is one of the most recognisable attractions in London with a stunning market hall that has a glass roof dating back to the 19th century. The piazza itself has been around since the 17th century, making it the oldest planned square in the city. The market is one of the biggest fresh produce markets in the world with plenty of delicious wares on offer, alongside stalls selling handmade goods, vintage finds, and much more.

The pretty, colourful buildings of Neals’ Yard will have you feeling like you have been transported out of the city into somewhere else entirely. Filled with small alleys and quaint shops, it offers a very different experience from the hustle and bustle of London streets and many of the shops are dedicated to health and wellbeing. The area was developed by Nicholas Saunders, the founder of the Whole Food Warehouse, in the 1970s. It was used as a base for many of his eco-friendly and ethical businesses, and today is home to colourful buildings and a range of independent shops and cafes, making it one of the most interesting places to visit in Covent Garden.

Just a short walk away from the centre of Covent Garden, Somerset House is well worth paying a visit to while you are in the area. It is one of the remaining few palaces that once lined the Thames; a stately and stunning building that was constructed on top of an old Tudor palace in 1776. Today, the stately piazza at Somerset House hosts a wide range of events including concerts and open-air screenings that you can enjoy. It’s definitely living up to its purpose as a palace that was always intended to be somewhere that remained open for the public to enjoy.

One of the most famous Covent Garden landmarks, the Royal Opera House has buildings that date all the way back to 1858 and is the home of the Royal Opera and the Royal Ballet. It has been entertaining the upper classes in the city ever since, and the Royal Family often attend the shows and performances here. There is a regular events calendar on offer including ballet and opera, along with a range of other events including dances and theatre shows. And, you never know who you might see; famous opera singer Pavarotti started his career here. Tickets usually sell out quickly, so it is worth booking in advance. The terrace restaurant is the ideal place to grab a meal before or after the performance, offering spectacular views along with good food.

Thanks to its long-running association with the theatre, this 17th-century church is often known as the actor’s church. It was built in 1631, and ever since, it has been associated with the dramatic arts; it even hosted the first recorded performance of the famous puppet show Punch and Judy all the way back in 1662. Today, the church hosts regular events that are organised by its in-house theatre company. But even if you don’t have time to catch a performance, it’s well worth visiting to see the gorgeous architecture since the church is open for visitors all day on weekdays and in the morning on a Sunday.

The London Transport Museum is an excellent museum located in Covent Garden, dedicated to the many different ways that Londoners have found their way around the city over the years. It offers an interesting, interactive range of exhibitions that is fun for visitors of all ages and very family-friendly. Although it’s not what you would usually expect to see in a museum, it is very informational and educational, and you’ll definitely come away having learned something new. Explore the rich and interesting history of London’s transport museum while you discover some little-known facts that will leave you mind-boggled.

The Donmar Warehouse is a small theatre situated in Covent Garden, putting on some of the best theatrical productions in the city under the watch of talented artistic director Josie Rourke, who directed the film Mary Queen of Scots with Margot Robbie. Although it’s a well-known powerhouse in the industry, the theatre itself is surprisingly small and intimate, with just over 250 seats that allow you to get a really authentic, up-close-and-personal experience of the performances. You really get to appreciate all the subtleties of the performances by the actors, who range from up and comers in the industry to British acting legends including Sir Ian McKellen. Tickets sell out quickly, so it’s worth booking ahead in advance if you want to catch a show.

Stanford’s is a specialist travel bookshop in Covent Garden that is well worth paying a visit to. It has been around for over 160 years and has no plans to slow down, having inspired some serious wanderlust in many who visit. Recently, the bookshop has moved from the long-standing store that was located on Long Acre, and you can find the new location just around the corner on Mercer Walk. Wherever you’re planning to visit next, Stanford’s has a massive collection of travel guides and writing to inspire you.

One of the newer Covent Garden attractions on offer, the London Film Museum opened its doors in 2008 and is a fantastic place to stop while you are exploring the area. Inside, visitors can explore a huge exhibition of accessories, costumes and props from a wide range of famous films from across the years, with interesting information on the changing techniques used in filmmaking over time. While it was planned as a temporary exhibition, the museum has been home to an exhibit featuring the vehicles from the James Bond films since 2014, and they don’t seem to be going anywhere any time soon if you want to catch some of Hollywood’s most famous cars.

Head to Cecil Court if you want to explore a little piece of history. Remaining largely unchanged since all the way back in the 17th century, Cecil Court is packed with booksellers, and the look is completed with some of the last gas lamps to be installed in the city. If you want to really imagine how London might have looked hundreds of years ago, this is the place to be. It’s a great place to pick up a book or an unusual souvenir.

Famed for its shopping opportunities, Covent Garden offers a huge range of things to see and do for all visitors.

What to Do in Bloomsbury 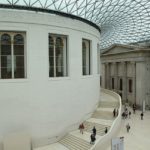 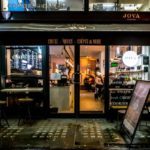 What to Do in Marylebone?
How can we help?
Book a Valuation
Send this to a friend