New surveys of prime London property reveal that 21% of homes for sale have had their asking prices reduced, sometimes quite drastically. Enness Global, a specialist mortgage broker, looked at stock levels across the highest-value neighbourhoods in London for homes valued at £3m and above. It then analysed the percentage of these homes that had had their asking price cut in order to secure a buyer. Across the capital, 21% of all properties listed for £3m or more have seen a reduction in price. Maida Vale saw the highest share of price cuts at 38%, while a huge 31% of the reduced properties were located in St James, Hampstead, and Pimlico. On the flip side, fewer than 10% of properties in Fitzrovia and Soho had their asking prices reduced.

According to Islay Robinson of Enness Global, a combination of the current COVID19 pandemic and uncertainty surrounding the UK’s impending exit from the European Union has led to many sellers reducing their expectations around asking prices in order to ensure that sales are secured. Coupled with the weaker pound and the current stamp duty savings on offer, the London market is a very attractive option right now. However, not everywhere presents property discounts, and areas with the lowest percentage of reduced-price properties indicate where the London market is currently hottest for high-end homebuyer demand.

When Will the London Market Return to Normal?

As we enter 2021, there are hopes that COVID19 might soon be a distant memory thanks to the new Pfizer vaccine. But will the property market in London return to a pre-pandemic state of normalcy? Will workers be back in the office, business travellers crossing the border again, and international students back in the city? All of these factors have some effect, either direct or indirect, on the London property market. Undoubtedly, the job market uncertainty in the capital right now is set to last for the next couple of years. And alongside inevitable tax hikes to balance the deficit left behind by the pandemic, it’s no surprise that developers, landlords, and investors are questioning what the long-term effects of 2020 are likely to look like.

The Effect of Uncertainty on the Property Market:

Over the past several years, Central London has enjoyed gradually increasing property prices. However, uncertainty at any level can quickly bring about huge fluctuations in the market. At GLP, we’ve seen an increase of 25% of people requesting valuations for sales and lettings in November 2020, with the majority of these properties ending up on the sales market. With international students staying at home and others moving back home to stay with family during national lockdowns, landlords have seen huge void periods in their properties. This significant drop in tenants coupled with new government regulations has led to letting becoming financially inviable for many London landlords this year.

Is London a Buyer’s Market?

With prices down 1.6% in London compared to this time last year and plenty of choices when it comes to properties on the market, is now the best time for those who are considering buying a property in Central London? There are many reasons for buyers to consider investing in Central London right now: remortgaging is easier than ever, interest rates are low, planning permissions are relaxed and the Stamp Duty Break in place until March 2021 means that it’s a prime time for anybody looking to invest in Central London property. And as more people choose to move out of London after lockdown to non-commutable areas, here at GLP, the Residential team has seen a huge uptake in the Pied a Terre market, where leftover funds from the sold family home are used to invest in a smaller apartment located close to the workplace.

House prices in London experienced their first fall in 2017, when they fell for the first time since the financial crisis following the Brexit vote in June 2016. Back then, economists predicted that London’s property market was unlikely to fully recover until 2021. At the time, forecasts by KPMG Economics suggested that the housing market in the capital was likely to start picking up momentum again around the time that the country finally leaves the European Union. According to KPMG chief economist Yael Selfin, London has a set of unique characteristics that give it a higher resilience to price fluctuations compared with the rest of the country. The property market in London is not only comprised of private homes; foreign investors often choose the capital since it’s seen as a safe investment – something that is likely to continue after Brexit and perhaps even more so right now, with London property prices falling.

It’s not just London that has been affected by the coronavirus pandemic this year. According to the BBC, the COVID19 crisis has changed the way that a lot of people feel about their home, with the potential to have a significant impact on the property markets around not only the UK, but the world. This year, most of us have spent more time at home than ever before. And with the pandemic affecting our lives in many other negative ways including massive unemployment, business failures, job uncertainty and wage cuts, it’s likely that the number of people who are holding back about buying a home is going to increase in the near future. Typically, an overall attitude of caution regarding buying a property in the general population will lead to falling house prices – something that we have already seen during the last recession in the UK, USA, and many other countries around the world.

This year, the Nationwide house price index for May found that property prices UK-wide fell 1.7% from the previous month in a decline that we have not seen for over a decade. However, according to Nationwide’s chief economist Robert Gardener, there are already some positive signs that this is beginning to stabilise, since the current pandemic situation is not a typical economic downturn, but rather a situation where the UK government made a conscious decision to put a lot of the economy on hold while putting support measures in place for households and businesses, including the furlough scheme. Experts are hopeful that as lockdown restrictions continue to be lifted and the Pfizer vaccine is rolled out across the UK, housing markets and economies will experience a rebound.

While COVID19 may have temporarily affected house prices in London, Rightmove reported that there was a significant rise this year in the number of people searching for new homes outside of the city, centre in both London and other metropolitan areas of the UK. Homes with larger gardens and more space for working in a home office were at the top of the list, and while this might not be a permanent change to homebuying trends, the pandemic has certainly changed the way that a lot of people think about where they live and work, particularly with many companies now integrating remote working into their everyday operations after successfully rolling it out during the lockdown.

What Will Brexit Mean for House Prices:

With a matter of days before the UK finalizes its exit from the European Union, there’s yet another uncertainty looming over the London housing market. While the government’s decision to offer a temporary Stamp Duty holiday until Match next year has succeeded in bringing the market somewhat back to life, experts fear that the boost could be short-lived.

Following the referendum in June 2016, house prices in London stagnated for a while – although this was fairly normal for the time of year. However, in late 2018 and early 2019, house prices in the capital quickly fell as the economic uncertainty surrounding Brexit continued, before steadily beginning to rise again in the run-up to the December general election last year. This year, data for house prices in London is a little less robust – the Land Registry paused house price reports during the lockdown, and the pandemic itself added even more uncertainty to the market as a whole. On the bright side, we have seen a pattern of steady price growth since the lockdown as buyers returned to the market to take advantage of the combination of lower prices and the stamp duty cut, something that is likely to continue over the short-term.

How long is it taking for sellers to secure a buyer after putting their home on the market? Statistics show that since the EU referendum in 2016, properties have generally been taking longer to sell, with the highest figures coming from January 2019 where it took an average of 77 days to sell. While this year’s data has been influenced heavily by the market shutdown during the lockdown, the immediate impact of the stamp duty holiday introduced in July is clear, with UK properties selling in a record low time of 49 days in November.

2020 has certainly been one of huge uncertainty for the housing market, particularly in London. But with normalcy back in sight, experts are hopeful that the market will bounce back quickly.

Are Flats a Better Buy in London? 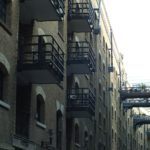 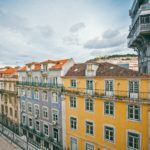 Affordable Areas in London to Buy Property
How can we help?
Book a Valuation
Send this to a friend