Since the national COVID-19 lockdown this year, first-time buyer numbers in London are on the rise. While London might have a reputation for expensive properties, there are still plenty of options for first-time and other buyers who are looking to get their hands on a more affordable home. For first-time buyers, affordable developments, plus schemes such as Help to Buy and Shared Ownership, have made it easier to get your foot on the property ladder in the capital.

Why Are Houses So Expensive in London?

Compared to the rest of the UK, house prices in London have always been higher. However, there are several reasons for this. The current housing development is struggling to keep up with demand, and the fact that London is a very desirable UK city to live in has led to an increase in house prices.

Why are London Houses So Expensive?

That’s down to supply and demand. Lots of people want to buy and there are not enough properties available for sale.

Why Buy a House in London?

Despite higher prices compared to the rest of the UK, there are various reasons why buyers choose London. This city is the best in the UK when it comes to work opportunities, with a majority of London homeowners working within the city. And, many people who relocate to London do so due to the vast range of things to do on the doorstep from the buzzing West End to Soho, Camden Town, and the attractions of Westminster.

Why Is Housing So Expensive in London?

Home of the Queen and one of the most popular cities on the planet attracting millions of tourists every year, there’s no denying that London has a unique charm to it. But for those who live in the world’s greatest city, there’s also the cost of living to contend with. A few years ago, London overtook Hong Kong as the most expensive city worldwide to live in, jumping up from the fifth rank. Since then, the cost of working and living in the capital has risen even higher. At one point, it was cheaper to commute from Madrid daily compared to renting an average home in Camden Town. Average house prices here are around £650,000, which is around double the national average.

Why is Housing in London so Expensive?

At the core of the complex issue of expensive housing is a high demand and low level of supply. Simply put, the prices for homes in London are so high because while the demand is constantly growing, the supply is going in the opposite direction. And, it’s easy to see why there’s such a high demand for housing in London. The capital of England is one of the most iconic and vibrant cities in the worldwide, which makes it a very appealing place to live. It has the best transport links compared to the rest of the country and residents here have access to all the shopping, leisure activities, theatres, museums, cinemas and restaurants that they could wish for.

Why are London House Prices So Expensive?

But for many people, employment is the main thing that matters – and this is the biggest driving factor behind why more and more people are relocating to London. While the British economy has recovered since 2008, London bounced back the fastest, leading to huge numbers of new jobs being created in the capital. Back in 2014, London had ten times more job vacancies compared to any other British city. But the types of jobs available in London have also affected the rising cost of housing here.

Why are House Prices In London So High?

Higher-paid jobs make up a bigger percentage of the jobs in London compared to most other UK cities, particularly in the finance industry, which has grown significantly over the past few decades in London, leading the capital to be named as the most competitive financial centre in the world.

Why are House Prices so High In London?

The increase in highly-paid workers relocating to the capital has led to a luxury housing development boom that has pushed up market prices significantly.

How to Buy a House in London for the First Time?

If you are considering buying your first home in London, there are several schemes that you can take advantage of to help you find your ideal property. The Help to Buy Scheme is a popular choice among first-time buyers in the capital, allowing you to save for a deposit and take advantage of government top-ups towards your down payment. Shared Ownership is another popular choice for first-time buyers in London, allowing you to get a smaller mortgage and a smaller deposit to buy a percentage of a home, which can be increased over time, making it easier to get on the property ladder without spending years saving up for a large deposit.

How to Own a House in London?

If you’re relocating to London for work and want to purchase a property there, the first step is to work out your budget. Some areas of London are more expensive than others, so it’s worth looking at the average house prices for each area to determine where is more suitable for you. Consider looking at mortgage deals and using online mortgage comparison sites to find a financial product that meets your needs, along with speaking to an independent mortgage broker who understands the London market and can help you access deals that are not readily available to the general population.

Where Are the Cheapest Houses in London?

If you want to purchase a home in the capital at an affordable price, you will want to steer clear of prestigious, high-demand areas such as Kensington and Chelsea, Camden Town or Mayfair. Despite the fact that the capital has some of the most expensive house prices in the country, there are some areas that are a lot cheaper than others. Barking and Dagenham is the cheapest local authority in London, with houses here lower than the national average at just over £300k. Bexley, the birthplace of Kate Bush, is the second-cheapest place to buy your first home, with an average property value of £340k. Other cheaper than average areas that are ideal for first-time buyers in the capital include Croydon, Newham, Sutton, Havering, Hounslow, Hillingdon, Enfield and Greenwich.

What’s the Most Expensive House in London?

On the other side of things, London is also home to the most expensive home in the UK, valued at a staggering £250m. This home is actually two mega-mansions that have been knocked through to be converted into one colossal home that’s more than double the size of the Royal Albert Hall.

What is the Most Expensive House in London?

Bought for £87m, the property known as Mayfair House has fifteen bedrooms, indoor parking, an indoor pool and a huge ballroom with a capacity of 120.

Who Owns the Most Expensive House in London?

Although it might not be in the reach of most first-time buyers, it’s definitely interesting to learn about the mega-mansion, owned by Phones4u founder John Caudwell and primarily used for his charitable foundation Caudwell Children, that supports disabled children and their families. John Caudwell is famously the UK’s biggest taxpayer, and one of the richest people in the UK, despite his humble beginnings in Birmingham and Stoke-on-Trent.

How Long to Sell a House In London?

It can take anywhere from a few weeks to several years to sell a house in London, as it’s dependent on many factors, including the price bracket, the state of the property, and it’s location.

How Old is My House in London?

If you’re interested in buying a property in London or have just bought a property in the capital for the first time, you may be interested to learn more about some of its history. London is home to a diverse range of different properties, so whether you are looking for a historic period property or a sleek new build, you are sure to find a huge range of options in the capital. Some of the homes in London are centuries old, and there are plenty of Victorian buildings that have been converted into modern apartments.

How Old Are the Houses of Parliament in London?

As some of the oldest houses in London, it’s interesting to learn a little about the history of the famous Houses of Parliament. In their current form, they have been an iconic feature on the River Thames skyline for almost three hundred years – but their history goes back much further. They have been associated with the British Royal Family since the early 11th century. In the 16th century, the new Houses of Parliament would evolve into the House of Commons, House of Lords and the Royal Courts of Justice. The iconic clock, known as Big Ben, first chimed in 1859 and has been a key site in London ever since, keeping time with outstanding accuracy. During World War II, the Houses of Parliament were hit by bombs fourteen times, causing damage that was not repaired until 1950.

How Long to Sell a House in London?

Finally, if you are considering purchasing your first property in London, it’s worth considering your options for selling in the future. The good news for first-time buyers is that thanks to the high demand for property in the capital, homes here tend to sell quite quickly, especially in prime central locations.

For first-time buyers, London can often seem like a daunting prospect due to the expensive properties found here. But with several affordable areas and a high demand for property, the capital can be an ideal investment. Get in touch to see how we can help you buy your first home in London.

Why is Expensive Property in London So Desirable to Overseas Investors? 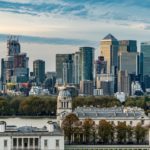 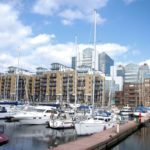 A Guide to Property Management in London
How can we help?
Book a Valuation
Send this to a friend