One of the many highlights of London is the blend of futuristic, modern and ancient buildings and architectural styles. The city was founded by the Romans in 43 AD. Remnants of their architecture and artifacts can still be found in many historical buildings. Here are some of the oldest buildings in London.

As one of the oldest buildings in London, The Westminster Hall was originally built in 1016 and rebuilt in the 1840s after a fire destroyed the building in 1834. The Hall is the most ancient part of The Palace of Westminster. It serves as the meeting place for House of Lords and House of Commons. The Hall is unique in that it is the only one that retains its original form in the Palace.

The central tower of the White Tower is the oldest structure of what is now famous as the Tower of London. In the early 1080s, William the Conqueror built the castle and the tower was designed to be the strongest, most formidable and impregnable part with 90-feet high walls. Henry III commissioned whitewashing of the tower in 1240, because of which it gets its name. As a UNESCO World Heritage Site, the White Tower along with the Tower of London is a popular tourist attraction.

The Pyx Chapel was built in 1066 by King Edward the Confessor in the eleventh century. As the most ancient surviving aspect of the Westminister Abbey, the chamber was once used by British monastery and crown as a treasury. The chamber gets the name “Pyx” from the wooden boxes in which gold and silver coins were kept before they went through “Trial of Pyx” test to determine their purity.

Located on Fleet Street in London is the 6th century St. Bride’s Church. The site on which the church stands was used for worship shortly after the establishment of Londonium by Romans in 43 CE. The Church is believed to have been founded either by Celtic monks who had settled in the city of London or by St. Brigid of Kildare.

After Work Drinks on Thursdays in London 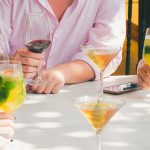 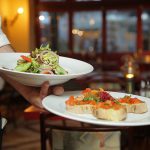