The Current Status of the London Property Market

New surveys on the property market in the UK capital have revealed that over 20% of homes for sale have had their asking prices reduced over the past year, often quite significantly. Stock levels across the highest-value London neighbourhoods for homes valued at £3m or more were examined, to find that almost 40% of homes in Maida Value had been reduced in price, while just over 30% of properties in Hampstead, Pimlico, and St James’s had prices cut in order to attract buyers this year.

Will the London property market crash? According to the experts, a combination of the uncertainty that surrounded the UK’s recent exit from the EU along with the COVID19 pandemic has led to the vast majority of sellers in London reducing their asking prices in order to increase the chance of securing a sale. The London market may be a very attractive option for buyers right now, in particular, due to the stamp duty holiday and the weaker pound. Has 2020 led to property in London plummeting in value, and is the market expected to crash?

Will London Property Crash as a Result of 2020?

In recent years, much of Central London has enjoyed a gradual increase in property prices. However, huge fluctuations in the property market can be easily brought about by any type of uncertainty; something that there has been no shortage of over the past year. Landlords in London, in particular, have seen huge void periods in their properties with people moving back to stay with their families during national lockdowns and those who would normally rent in the capital throughout the week while at work working from their main home instead, along with international students staying at home. Many London landlords have found themselves in a situation where letting a property has no longer been financially viable for them due to COVID19, before being faced with the need to sell the property at a reduced price to improve their chance of securing a buyer.

Thanks to the slew of new COVID19 vaccines that are being introduced throughout the country, there is a lot of hope that things are going to return to normal sooner rather than later, despite the country being in yet another lockdown and a new strain of COVID19 causing a state of emergency to be declared in the capital. But how long is it expected for the property market in London to return to its pre-pandemic state?

The COVID19 pandemic has changed life as we know it, likely for long after the pandemic has become a distant memory – all of which is likely to have an effect on the property market in the capital.

All of these factors are set to have a direct or indirect long-term effect on the property market in the capital, which may mean that property prices are going to take longer than simply the end of the pandemic to climb back up.

Will the London Property Market Crash? How the UK as a Whole Has Been Affected:

It is not just the capital that the COVID19 pandemic has taken a toll on. According to the BBC, many people feel differently about their homes due to the events of 2020; a shift in attitude that is likely to have a significant impact on property markets throughout the UK. Over the course of 2020, most people were spending more time than ever before at home, and it didn’t end there. The pandemic has created a time of financial uncertainty for many with thousands of people relying on the furlough scheme due to working at a business that has been forced to close due to COVID19 and others losing their jobs or businesses completely as a result. Because of this, experts predict that there is going to be an increased number of people holding back or delaying purchasing a property in the near future. And generally speaking, an overall cautious attitude towards home buying from the general public tends to lead to a drop in property prices – a phenomenon that we have seen play out in past recessions not only in the UK but around the world.

Last year, property prices across the UK in May dropped a massive 1.7% from the previous month; a sizeable decline that has not been seen in the country for more than a decade. However, it’s not all doom and gloom – economists at Nationwide say that there have already been some positive signs of stabilisation due to the fact that the COVID19 pandemic is not a typical economic downturn and the economy has been deliberately put on hold with support measures in place for individuals, households, and businesses.

Will the Property Market Crash in London Due to COVID19?

Compared to this time last year, house prices in London are more than 1% lower, and there’s an increasing amount of choice available for those looking to purchase property in the capital. While the combined uncertainty of the COVID19 pandemic and the UK’s exit from the EU at the end of 2020 has undoubtedly led to what experts believe will be a temporary reduction in property prices in London, many reports that now is the best time for anybody who is considering purchasing a property in Central London. Plummeting house prices typically lead to a buyer’s market, and in this current situation, a reduction in asking prices coupled with the stamp duty holiday in place until March has made the present day a prime time for London buyers and investors.

Sellers, on the other hand, are seeing a totally different side of the coin. However, the COVID19 crisis was not the beginning of the uncertainty in the London property market. Statistics show that since the 2016 EU referendum was held in the UK, London properties have typically been taken longer to sell than before. In January 2019, it took an average of 77 days to sell a property in the capital; the highest figures so far. Last year, data was skewed by national lockdowns leading to a market shutdown, making it difficult to determine the exact effect that the COVID19 crisis has had on properties in London. However, the average time to sell a property was improved dramatically by the introduction of the stamp duty holiday from July 2020 to March 2021, with November 2020 showing a record low time of 49 days to sell.

COVID19 has also affected the demand for property in London, which undoubtedly plays a part in the reduction in prices. Last year, Rightmove reported that there had been a significant increase in the number of buyers looking for new homes outside of Central London and other metropolitan UK areas. As mentioned earlier, national lockdowns have shifted the attitude of the general public towards their homes and spending more time than usual at home has encouraged many buyers to look for properties featuring larger gardens and more home office space, which are often easier to find outside of the centre of the capital. Although experts do not believe this to be a permanent change to trends in home buyers, COVID19 has certainly had a huge impact on how people choose a new place to live, and the new normal of working from home, which is likely to continue for many professionals after the pandemic, is also set to consistently impact the decisions people make when choosing a property to purchase.

Will the London Property Market Crash? What’s Expected for 2021:

Property prices in the UK capital have been falling since 2017. After the results of the EU referendum came in, house prices in London fell for the first time since the 2008 financial crisis. At the time, economists predicted that it would be 2021 before the London property market began to recover, but back then, neither a global pandemic nor such a delayed exit from the EU for Britain could not have been predicted. However, experts say that London is a unique UK city, with characteristics that tend to make it much more resilient to fluctuations in price compared to the rest of the UK. Regardless of the current climate, many foreign investors, in particular, will typically always see London as a safe investment – something that may be even more relevant right now due to the drop in property value in the capital.

How to buy a council flat in London 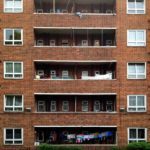 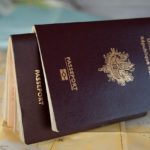 Can a foreigner buy property in London
How can we help?
Book a Valuation
Send this to a friend