In these strange times, where we find ourselves unnaturally forced to spend some ‘in’ time, I thought, rather than post about property, I would pull on my extra-curricular activities and post my five best ‘feel good’ box sets.

So, without further ado..

In fifth place… Better Things. Currently streaming on BBC iplayer this is a brilliant series about a single mum with 3 head strong girls to raise. Set in LA, with English Grandmother Celia Imrie making regular and brilliant appearances, it’s an easy likable comedy, with some fab guest celebs, with a few scenes thrown in to make the most hardy watchers have a little cry. Perhaps a box set for the ladies, although my husband sits down for odd sneaky episode. This is a good one when you need a quick ‘mental break’ from all the craziness, short episodes but every bit of it entertaining.

Number 4, Succession, currently on Amazon. The only box set I have EVER paid for, and absolutely worth every penny. The story follows the family of the richest media company in the world, the highlight will be choosing which member you dislike the most, it changes with every episode. This box set is addictive and with Macaulay Culkins brother making an incredibly unlikable and weirdly lovable character, this is a very easy watch which will help you switch off!

In third place, Netflix – Cheer. It’s a controversial choice and, with a passionate dislike of any type of celebrity or reality show, I had already decided this probably wouldn’t be for me. Wrong. Totally watchable six-part series following the nationally ranked 40-member Cheer leading team from Corsicana. I can’t put a finger on why both myself and my husband enjoyed it so much, all I can say is watch it, and by the end you’ll be desperate to see if they win the finals!!

Second place goes to an oldie, but one that you may have missed in the early days when box sets were still evolving – Summer Heights High, currently on BBC iplayer. One guy plays three characters, the lovable Mr G, exchange student Ja’ime (possibly the most unlikable young girl in the school) and Jonah, a break dancing delinquent. It’s a day in the life of each character, all three with their quirks – Mr G being the extreme, this box set will keep a permanent smile on your face. The best thing about writing this specific blog? I had to watch the whole box set again just to assure myself it is as good now as it was back then. It was.

In top place, and my husband disagrees but unfortunately for him I write the blogs, Sex Education, Amazon Prime. Escapism at its very best. Light-hearted if not a bit confusing in terms of where and what era this is actually set, but that’s the beauty of it. Everyone’s the target audience, most people can relate to certain parts of it, Gillian Anderson is brilliant and you’ll be wanting to pace yourself to make this last as long as possible.

So, five best ‘feel good’ box sets, and lots of ‘in’ time. Get watching and enjoy. 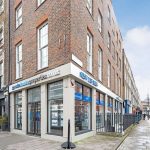 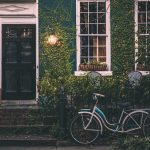