FIND PROPERTIES TO RENT IN Soho

Take a look at other properties to rent:

This brilliant two bedroom apartment is ideally located on a picturesque cobbled street in the heart of Soho and boasts a huge roof terrace with brilliant views across London. This a much sought after address due to its location and proximity to the boutique shops in the area.

The accommodation comprises wooden floors throughout with a fully fitted kitchen which is separate to the reception room and features plentiful space for entertaining. The kitchen has been fully fitted with a fridge/freezer, dishwasher and washer/dryer. The property also boasts two large double bedrooms, a storage cupboard and a bathroom with bathtub and overhead shower. There is also the added benefit of secondary glazing throughout. The building comes with its own large private roof terrace which is a must see!

Meard Street is one of the few surviving streets in London from the early 18th century and is partly pedestrianised. It is a short walk from Carnaby Street, Oxford Street and Regent Street, as well as numerous West End theatres. Even four of London`s Royal Parks are within walking distance.

This wonderful location offers easy access to the City of London, Heathrow and City airports and mainline railway stations including St Pancras International (Eurostar), as well as several of the world`s best universities. It is very well connected in terms of buses and tubes with the nearest Underground stations being Piccadilly Circus (Bakerloo and Piccadilly lines), Leicester Square (Northern and Piccadilly lines), Oxford Circus (Central, Victoria and Bakerloo lines) and Tottenham Court Road (Central and Northern lines and the soon-to-be opened Elizabeth line (Crossrail). 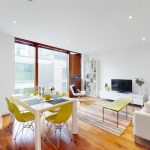 1 Bedroom Flat, Peter Street, Soho, W1F
How can we help?
Book a Valuation
Send this to a friend