What landlords are telling real estate agents London
Landlords are optimistic about the impact that HS2 will have on London’s properties. National rail connections are viewed extremely favourably by prospective tenants, exceeding preferences for bus routes and tram routes. The new transport link is expected to positively affect property prices in the capital, and landlords seeking to expand their portfolios seem particularly enthused about the advantages HS2 will bring to the property market.

Sadiq Khan says no to lowering quota on affordable homes
This week, the London Mayor said that proposals for lowering the affordable housing quota was non-negotiable. He blamed a lack of economically priced homes on the city’s housing crisis, and has spoken against councils that have proceeded to cut affordable housing under current planning regulations. Since 2010, London’s average private rents have increased five times as fast as average earnings.

Raising taxes on empty homes won’t have an impact
While an estate agent London will tell you that there is no point to a long-term empty home, there are in fact over 20,000 of these ‘ghost’ homes in the capital. Khan has called on the government to raise taxes on owners of empty homes, saying that even a single unoccupied home is ‘one too many’. Even if the proposal is passed, the impact on luxury buyers is likely to be minimal.

London, a City of Renters? 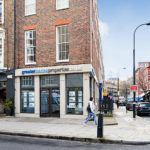 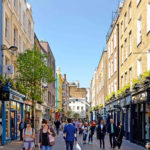 Sales of Prime Central London Property Picking Up
How can we help?
Book a Valuation
Send this to a friend