We Londoners are privileged with our nightlife, we have our very own London Tsar who is dedicated to making the capital a 24 hour city. One thing people always ask us is where they can get some live music, Soho played a huge part in London’s swingin’ sixties and with that in mind, Greater London Properties have compiled a list of some of the best alternative live music in Central London.

Hailed as “The best Blues Bar this side of the Atlantic”, you can expect a queue out the door, amazing cocktails and a very tightly packed out room with some of the finest musicians sharing a stage from as early as 3pm til’ as late as 2am. Ain’t Nothin But is a shrine to the blues, even the toilets are covered in beautiful artwork of the legends of the sound. Anything from B.B King to Muddy Waters from Leadbelly to Blind Lemon Jefferson.

Situated underneath the St. Moritz Fondue Club, this original Swiss club was opened in 1960 – just in time for the revolution! With the likes of The Kinks, The Clash, The Who, Lou Reed, Deep Purple, and Motorhead all gracing the stage at some time over the years. Fridays and Saturdays have resident DJs as well as live acts. Expect to hear classic tracks from past and present.

If you’re looking for somewhere to maybe catch the new trend, or some of the best up and coming musicians in the city head to Borderline. The venue is open most nights of the week and plays a big part in promoting local talent. Situated just next to Tottenham Court Road station it’s a great place to start a night which maybe continues deeper into the fine streets of Soho or Covent Garden.

In September 1976, The 100 Club was host to the first ever UK Punk festival. That line up, consisting of the Sex Pistols, The Damned, the Buzzcocks, (all at the time unsigned and independent musicians) went down in history as the night music changed forever. Punk was now the biggest trend in England, sweeping the new generation off their feet and leaving them in tartan trousers with mohawks and safety pins through their noses. Nowadays, it’s become a more broadened venue, hosting a variety of musicians each night of the week.

One of the very best for live music in central London and one of the oldest jazz bars! Ronnie Scott’s has been a staple of the Soho nightlife since it’s opening in 1959, catch the best Jazz and Soul musicians in the world frequently visiting Ronnie Scotts to pay tribute to the venue. Also catch some celebrities enjoying a night out… If you’re lucky!

With so many fantastic events in London every night of the week, it could be worth a visit to our website www.glp.co.uk to see if we have a property for you to rest your head afterwards!

Hopefully this gives you a good insight into the best venues for live music in Central London. For more information about the area or if you would like to buy or rent a property in London, call Greater London Properties today on 02077344062. 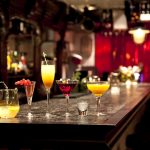 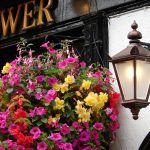 Pub Crawls in King’s Cross
How can we help?
Book a Valuation
Send this to a friend