Marylebone in the Spotlight

You are a resident of Marylebone? You’ve never been to the area? You’ve always wondered what to do when you’re around? You pass by everyday? At Greater London Properties we love the village feel Marylebone has kept, and wanted to share a few of its secrets…

A bit of history

Marylebone gets its name from a Church dedicated to St Mary (different to the current St Mary’s Church in the west side of Marylebone). The village was originally called “Tyburn” and was built on the banks of a stream, or bourne. In 1440, the new Church was erected on the East side of the stream (or bourne), and that led to the name ‘St Mary le Bourne’, meaning ‘St Mary beside the stream’, from which ‘Marylebone’ derives.

Most of the main streets on the East side of Marylebone High Street are remains of the previous land ownerships. The layout dates from the 18th century, when Lady Henrietta Cavendish Holles and her husband Edward Harley owned the land.

From then, Marylebone’s fields were transformed into a fashionable city estate and Georgian houses started to be built under the supervision of the Portland Estate. The estate flourished for 5 generations until it was passed to Lucy Joan Bentinck in 1879, window of the 6th baron Howard de Walden. The Portland Estate became the Howard de Walden Estate, still major owner of the East side of Marylebone, whilst the Portman family which later became the Portman Estate, constructed the Western part of the village. 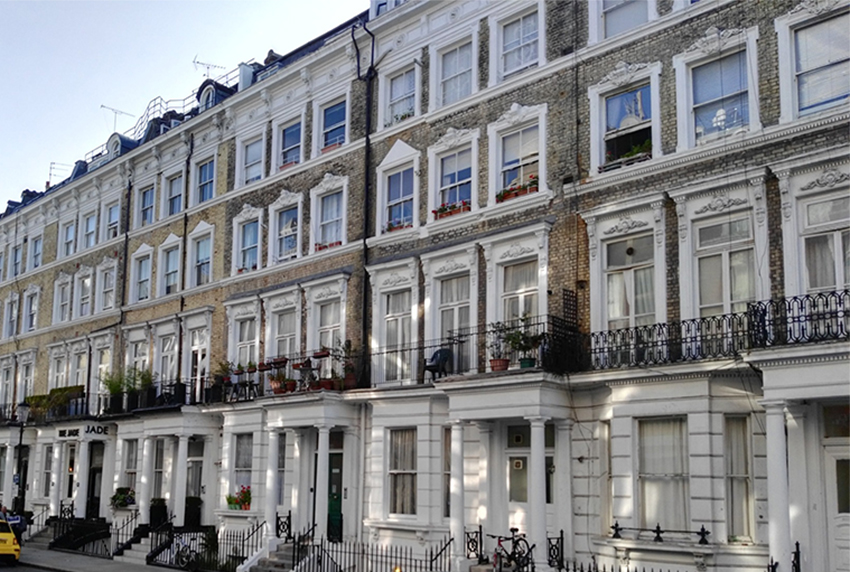 Writer Charles Dickens lived on 1 Devonshire Terrace between 1839 and 1851. The building was demolished in the late 1950s, and replaced by an office block, which incorporates a sculpture in memory of Dickens.

With their studio on Abbey Road, The Beatles spent a lot of time in the neighbourhood. 57 Wimpole Street was home to the Asher’s family where McCartney lived during his relationship with Jane Asher (1964-1966). In this house Paul McCartney and John Lennon wrote “I want to hold your hand” and “Yesterday”.

34 Montagu Square was home to Ringo Starr, who leased the ground and lower ground floor apartment. Jimmy Hendrix became a tenant of the same house when Ringo sublet the flat to the musician, but evicted a year later because he was a “bad tenant”.
In 1968, Lennon moved in with Yoko Ono, and the house saw the band produce some of their most memorable work.

221B Baker Street, does this ring a bell? It was home to the most famous fictional detective, Sherlock Holmes. Sir Arthur Conan Doyle’s characters spent years solving crimes in this iconic building which is now a protected museum. In 2019, the Holmes Hotel opened its doors on Chiltern Street, and offers a design and decoration mainly inspired by the famous detective.

In addition to the famous Queens Gate Mews in Kensington, Madonna is known to have purchased a Marylebone Mansion as her 6th London property. Back when she was married to film director Guy Ritchie, Madonna bought 51 Great Cumberland Place, a grade II listed building offering 10 bedrooms, a built-in studio and an adjacent staff’s bungalow.

Who hasn’t heard of the Chiltern Firehouse? Opened in 2013 by American hotelier André Balazs on Chiltern Street, this hotel and restaurant rapidly became one of London’s most exclusive hot spots, attracting the rich and famous from all over the world.
Built in 1889, the red brick and Gothic style building was one of the first fire stations in London and originally known as Manchester Square Fire Station. It was decommissioned in 2005 and served as an occasional exhibition centre until the project of the hotel restaurant was born.

The Chiltern Firehouse has certainly created a profile for the area and still benefits from its trendy reputation that was built by many A-listers including Rita Ora, Drake, Liv Tyler, David Beckham, Cara Delevigne or her sister Poppy (who even hosted her wedding after-party in the establishment!).

At the bottom of Portland Place lies a stunning art deco building. It’s quite distinctive with its round shape, and it faces the All Souls Langham Place Church. This building made from Portland stone is the BBC Broadcasting house, the UK’s first purpose built radio studios. After extensive renovations, it is now called the New Broadcasting House, and is one of the largest live broadcast centres in the world, housing BBC Radio, News and the World Service.

Not far from here, another notable building is home to the five star hotel The Langham. Designed by John Giles and built between 1863 and 1865, it has always been a hotel and is impressive by its size, beauty and history. Originally developing an extensive American clientele, The Langham continued to attract high profile visitors throughout the 20th century including members of the Royal Family (Diana, Princess of Wales) and high ranked politicians (Winston Churchill, Charles de Gaulle). The hotel features in several movies including the James Bond film GoldenEye (1995) and its entryway doubling in an exterior shot for Saint Petersburg’s Grand Hotel Europe.

Marylebone Station is London’s youngest terminal, and its smallest by number of passengers. It is however an iconic building of the Marylebone area, and the fact that it is one of Monopoly’s four train stations might explain this. With its village-like, almost provincial look, the terminal has kept a very charming feel to it, which bigger stations tend to lose. Marylebone station is also a filmmakers’ favourite with the Beatles “A Hard Day’s Night” being one of many famous flicks shot within these picturesque walls.

Far from the shopping delights of Marylebone High Street and the livelihood of the trendy Chiltern Street, foodies will be thrilled on Seymour Place the foodies. From a smart American diner to a fashionable wine bar and an old-school pizzeria, Seymour Place has an intriguing array of dining experiences.

Marylebone Lane is one of the original streets of the Marylebone district of the City of Westminster, and has replaced the stream that once divided the Tyburn village. Today it is a lined with a mixture of independent shops and well-known boutiques, as well as some fantastic dining establishments such as the 108 Brasserie and the 108 Bar. Not very much “hidden” anymore, Marylebone Lane remains a gem of the area.

A key-place for locals but usually unknown by visitors is the Edwardian style independent bookstore, Daunt Books on Marylebone High Street. Founded by James Daunt almost 30 years ago, the shop offered a unique browsing experience in classifying the books by country and not by genre. A must-see today if you’re in the area whether you’re looking for a specific publication, or just to take a peak in the main gallery. 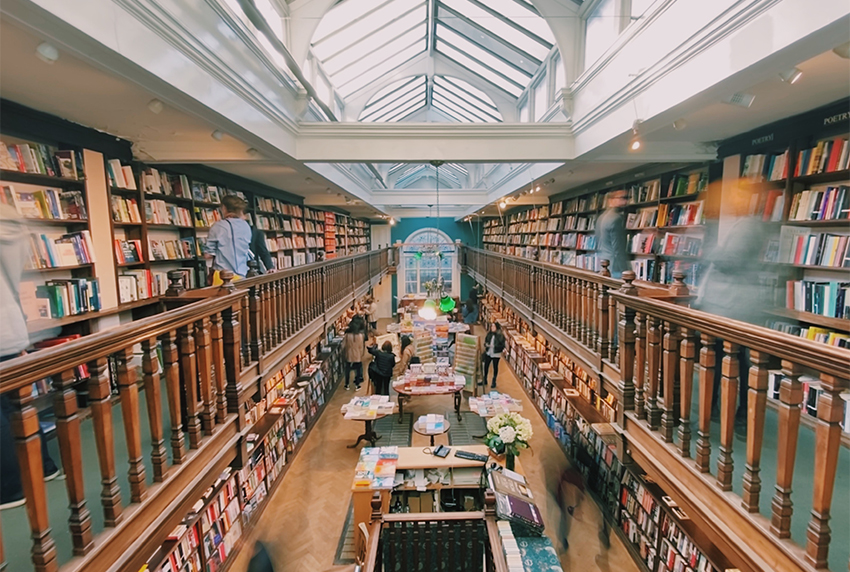 Daisy Green is a charming Australian restaurant, set in a grade II listed building in the heart of Portman Village. The downstairs and outdoor vaults have been transformed by UK artist Shuby, who has brought Alice in Wonderland to life by replicating the Mad Hatter’s tea party. With a Bottomless brunch available, Daisy Green is the perfect hidden gem for girly parties.

If you are looking for something a bit different, the Carousel on Blandford Street is the go-to place. Available for private hires, it also hosts a weekly evening dining experience, with guest chefs from around the world. With an ever-changing schedule made up of workshops, collaborations, exhibitions or special events, there is something for everyone in this creative hub as they like to call it! 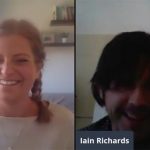 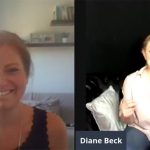 Business as UNusual Live – Interview with Diane Beck
How can we help?
Book a Valuation
Send this to a friend