Most of us could benefit from living a more financially responsible life. However, wanting to live in a more economically responsible way and actually doing so are two different things. For people living in a city like London, where the cost of living is relatively high, it is even more challenging.

Living in London at an affordable cost is possible. However, if you want to live cheaply in London, you will need to be prepared to make some changes to your lifestyle and spending habits. If you choose the right place to live, and adopt the right attitude towards your spending, there is no reason that you cannot live in London without breaking the bank.

How To Live Cheap In London

London is infamous for its extraordinarily high cost of living compared to the rest of the UK. If you want to live in London, you need to be prepared to set aside a significant portion of your income to cover rent and bills. However, the exact amount that you need to set aside will vary from borough to borough.

You only need a quick browse of property sites like spareroom.co.uk to see what the average rent price is like in London these days. As well as your rent costs, there are numerous other expenses that every Londoner needs to factor in. For example, there is council tax to consider, along with the cost of local amenities. These can vary wildly from borough to borough.

As a general rule, the outer boroughs are less expensive than the inner boroughs. However, more affluent areas such as Dulwich and Crystal Palace in the south or Muswell Hill in the north will command a higher rent than surrounding areas. You don’t have to be living on the very outskirts of London to take advantage of relatively low costs of living, though. However, if you want to keep your costs to a minimum, you will need to do your research.

The way that you live is just as important as where you live in determining how expensive things are for you. If you are willing to make some simple lifestyle changes, you can significantly lower your costs of living. On the other hand, trying to live beyond your means can soon end in severe financial difficulties.

How To Live In London For Cheap

If you are serious about keeping your costs of living as low as possible, you will need to make some changes to your lifestyle. If you are used to living outside of London, it can take a while to adjust to the different prices. Everything from simple amenities to a night out will cost more in London. However, if you are careful about your purchasing decisions, there’s no reason you cannot live in London on a budget.

London is also renowned for its restaurant scene. The capital is home to numerous award-winning eateries, many of which attract diners from around the world. While many of these restaurants demand to be experienced at least once, they are not cheap by any stretch of the imagination.

READ
How Do I Claim Back Stamp Duty

One of the simplest ways of saving money while living in London is to get used to preparing your own food. You can pick up cut-price ingredients from any of the capital’s numerous food markets. There are also plenty of independent grocers you can purchase from if you want good food at a reasonable price.

Another great trick for keeping your food costs as low as possible is to take advantage of late night food disposal. Many restaurants and other food businesses have to throw any unsold food out at the end of the day. Some of these restaurants will be willing to sell the food to you for next to nothing if you ask them just before they close.

In terms of purchasing your everyday essentials, try to avoid using the local corner shop. It might be more convenient to purchase items this way, but you will pay way over the odds for them. In many cases, it is more cost-effective to order the items online for delivery.

Where Is Cheap To Live In London

The cheapest place to live in London is probably Bexley. Renting a house in Bexley costs an average of just over £1,000 every month. This makes it around £2,000 cheaper than the most expensive areas of the capital. If you want to purchase a home in Bexley outright, it will cost around £235,000. Located in the south east of London, commuting from Bexley to the centre of London takes approximately 45 minutes. This is a reasonable commute for anyone who has to work in the city centre.

As well as being one of the most affordable parts of London, Bexley is also one of the best places to raise a family. There are numerous highly rated schools in the borough, many of them having received the highest possible Ofsted rating.

Another area offering excellent value is Havering. Located on the Eastern outskirts of London, Havering is another area with low rents and affordable housing, especially compared to the rest of the capital. Romford is probably the best-known town in Havering. It has a vibrant nightlife and the shopping experience draws people from all over London. Commuting to the city centre takes around 35 minutes. And with the development of Crossrail on the way, commuting from Havering is only going to get easier with time.

Where To Live In London Cheap

If you are taken with the unique charm of an old English village, Enfield is definitely an area you should take a look at. Renters in Enfield tend to pay less than renters elsewhere in London, with average rents of £1,285. Prices for property buyers start at around £300,000. Not only is the area affordable, but it also contains several highly-rated schools.

You can commute to King’s Cross from Enfield is less than half an hour. Proximity to the M25 means that driving in and out of London from Enfield is as straightforward as possible. While it is still close to the city centre, Enfield has the look and feel of a rural village.

Redbridge is arguably the most central of all the affordable locations to live in London. As it is located on the Central Line, it provides excellent access to the rest of the capital, and the city centre. The costs of living in Redbridge have increased in recent years, but it remains one of the most affordable and best-value parts of London to live in.

Places To Live Near London Cheap

Many professionals who work in the centre of London choose to live outside the city. There is an entire belt of commuter towns and cities surrounding London. These areas provide easy access to the capital via public transportation.

For example, the city of Winchester, itself the historical capital of England, has proven very popular with commuters working in London. It takes only 45 minutes to get to London from Winchester on the train. Winchester City Centre itself is a relatively expensive place to live. However, there are numerous surrounding suburbs that are more affordable.

Not far from Winchester are the commuter towns of Brockenhurst and Bishop’s Waltham. Brockenhurst is located within the New Forest Natural Park; it’s a fantastic place to live if you want to be in amongst nature.

You don’t need to go that far to find a good cheap place to live near London, however. Chatham in North Kent is one of the most popular commuting towns, providing fast and direct access to Central London via a number of railway stations. Whether you are looking to rent or buy, Chatham is much more affordable than London.

Most people assume that Buckinghamshire is too expensive to be a cheap commuter area. However, High Wycombe is one of the many parts of Buckinghamshire where you can find affordable housing. It only takes half an hour to get from High Wycombe to Marylebone, and you have the English countryside right on your doorstep.

Another excellent choice for people who need quick access to the centre of London is Epping. Located in Essex, Epping is on the Central Line, which means it easy to reach any of London’s hotspots from the town. Houses in the area are affordable; they cost significantly less than properties in the city.

Living cheaply in London can be a challenge. However, if you are determined to keep your costs to a minimum, there is no reason you cannot do so. Choosing the right location to live is a big part of the equation. Some parts of London are eye-wateringly expensive, but there are also some real hidden gems available if you know where to look. The locations outlined above are the most affordable in and around London. Buying or renting a property in one of these areas will make it significantly easier for you to keep your costs to a minimum.

How Much Council Tax Do London Residents Pay? 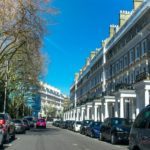 The Best Places to Live in London
How can we help?
Book a Valuation
Send this to a friend