50 Berkeley Square in Mayfair, known as ‘The Most Haunted House in London’.

Now the headquarters of Maggs Bros. bookseller, the house was built in the early 1700s by the architect William Kent. Popular historical figures have lived here such as the MP George Canning. Also, a mysterious ‘Mr. Myers’ who was reportedly jilted by his fiancé and turned into a bitter recluse wondering around at night. In the 1900s this house became known as “The Most Haunted House in London” from Peter Underwood’s report of the house in the book Haunted London.

The attic of this house is said to be haunted by the spirit of a young woman who committed suicide there. She threw herself from the top floor windows after abuse from her uncle. Her spirit is said to be capable of frightening people to death by taking the form of a brown mist. There are two reported deaths that are said to have occurred after people stayed overnight in the room.

1872 – Lord Lyttleton stayed the night in the attic and fired his shotgun at something in the night. In the morning, his shotgun cartridges were missing.

1879 – Mayfair Reported a maid stayed there overnight and became mad, dying in an insane asylum the next day.

1887 – Sailors from the HMS Penelope stayed overnight and by the morning one was found dead from tripping as he ran from the house.

Where: Townhouse on Berkeley Square in Mayfair, in Central London (see map)

How much: Free to look at from the street!

Why Use An Estate Agent To Rent Your Property? 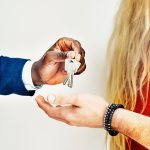 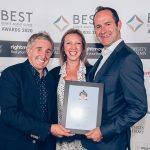