Why Rent In Soho?

When it’s in Soho, it has to be newsworthy! So, why rent in Soho?

There is always something unique happening in this part of London which is the reason people are always looking for properties to rent in Soho! A unique hairdressing salon, Salon64, has just opened at Soho and goes beyond its call of duty in every sense.

The salon also doubles as a café, champagne bar and make-up station, all of which go into making it an
ideal pre-party dig. Designed by coveted architects at JaK Studio, it is owned by celebrity hairdresser
Ricky Walters. Spread over two floors, this out-of-the-box salon’s jewellery boxes encased in table tops
and charging docks are just two of the differentiating factors.

Other wow factors include brass pendants on the staircase and the bar with Corian fire pits flanked by
personal booths. What’s more, clients can control the lighting with the personal dimmer switches to
create their own ambience.

After all, Walters is being true to the tradition of catering to big names like Sandra Bullock, Arnold
Schwarzenegger and a host of TV and sports stars. This glamorous place is also where guests can just
drop in and order a coffee or drinks without realising it is a salon!

Our estate agent London also recommends heading over to the new skateboarding exhibition that has
opened on July 6 at 15 Bateman Street. Curated by Jamie Marie Davis and Frankie Shea, the exhibition
showcases photographs based on the theme.

The other front page news is related to “The Chipping Forecast” moving its base to Soho from Notting
Hill. It now occupies the space that Balls and Company, the erstwhile meat shop once did. With a
guarantee of serving fish caught in the last 48 hours, The Chipping Forecast is the go-to place for
everything from lobster rolls, mussels steamed in beer to monkfish scampi. Of course, you will never
get tired of the classic fish and chips.

Hopefully the above gives you a better understanding of  Why Rent In Soho.. chic, uber cool with something for everyone. Give Greater London Properties a call today to view some awesome properties in Soho, London.

Who Is The Best Estate Agent In Central London? 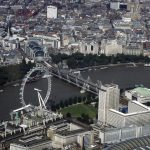 Is It The Best Time To Buy In London?
How can we help?
Book a Valuation
Send this to a friend