How Many Sex Shops In Soho?

Soho’s raw and electrifying presence in the West End draws residents, renters and vacationers by the drove. The district has resisted disproportionate gentrification even as it tries to change its image from its heady days of sex and drugs to a vibrant hub of cafes, bars, clubs and restaurants. However, while Soho’s edgy image and longstanding status as an LGBT destination may not be to everyone’s tastes, it is precisely those things that make the district unique and irrepressible.

If you’re looking at properties to rent in Soho, you may already be aware of how easily it provides access to sex and fetish toys. That being said, Soho’s street vibe really depends on which street you live on. There could be a world of difference from one to the next, from wholesome, family-friendly to party until the early hours. Those who want a bit of quiet can get it and those who want to live it up are never disappointed!

We were still surprised to learn that Westminster City Council’s licensing sub-committee recently rejected an application opposing the opening of a fetish wear store in a Soho neighbourhood. The council, which is dedicated to preserving the safety and desirability of the area, has already set the maximum limit on allowable sex shops at 16.

Another piece of interesting news is the recognition of Kiln on Brewer Street as the UK’s best restaurant at the National Restaurant Awards. Kiln is yet to gain a Michelin star but judges at this year’s awards described the restaurant’s charcoal-fired dishes as ‘incredible’ and its ambiance as ‘fun and democratic’. You may have to wait long to get in, but food critics across the board are of the consensus that the wait is worth it!

So.. More importantly.. Where can we watch the World Cup..?

If sex shops or food aren’t on the menu, then head to The Windmill, the historic gentleman’s club in Soho, which will open two hours earlier starting from June 14 and until July 15 on account of the World Cup. You can catch games starting 7pm and stick around afterward to enjoy performances by the club’s talented dancers. Visit this link for a list of other places in central London that will be screening the World Cup action live.

As one of the few estate agents in Soho, our Greater London Properties team are experts in the area. If you have any questions about properties to rent or sell in Soho, please give our team a call today on 0207 734 4062 or visit our website. 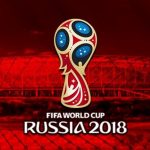 Where Can I Watch The World Cup In Central London?
How can we help?
Book a Valuation
Send this to a friend